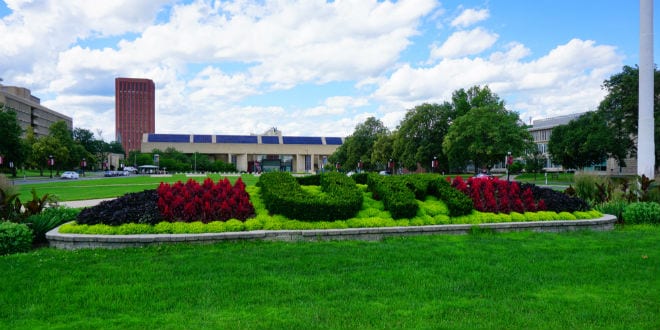 Eighty organizations urged the University of Massachusetts in Amherst to rescind all named university sponsorship of an event next month that the groups allege will “incite animosity towards supporters of Israel, including Jewish and pro-Israel students on your campus.”

In a letter to UMass chancellor Kumble Subbaswamy, the organizations also requested that in the future, UMass faculty will be prohibited from using the university’s name or resources to further their own personal or political agenda.

“This is not an educational event but a political rally,” stated the letter. “Rather than aiming to promote an understanding of a highly contentious and polarizing issue by including speakers with a variety of perspectives, this event includes speakers with only one extremely partisan perspective and clearly aims to promote a political cause and encourage political action.”

“Providing the imprimatur of three academic departments to such a politically motivated and directed event violates the core academic mission of the university, suppresses student expression and impedes the free exchange of ideas so essential for any university,” it continued.

The May 4 event, titled “Not Backing Down: Israel, Free Speech & the Battle for Palestinian Rights,” is being organized by the NGO Media Education Foundation (MEF), whose director, Sut Jhally, is also a UMass professor and chair of the communication department.

It will include a panel and a discussion of “recent attacks on [Minnesota] Rep. Ilhan Omar and other progressives who have spoken out against Israel’s 50-year military occupation of Palestinian land and criticized pro-Israel pressure groups for conflating legitimate criticism of Israeli government policies with ‘anti-Semitism.’ ”

“Although we recognize that the event itself is protected by the First Amendment, we believe that its department sponsorship constitutes an unacceptable violation of the university’s academic mission, will encourage acts of politically motivated aggression and violence on your campus, and is a fundamental breach of the public trust,” stated the groups. “We call on you to rescind all university sponsorship of this event and to assure us that in the future, UMass faculty will not be permitted to use the university’s name or resources to promote their personal political agendas at the expense of academic integrity and the safety and well-being of UMass students.”

UMass did not immediately respond to a request for comment.