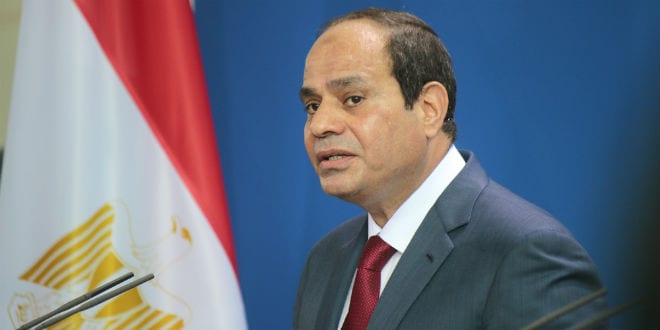 At the start of April, Hebrew media reports quoted unnamed Israeli security officials as saying that the Iranian-backed Palestinian Islamic Jihad terrorist faction, whose rocket arsenal is larger than even that of Hamas, was planning a significant attack on Israeli targets.

The information appeared to achieve its goal of discouraging the perpetrators, and no attack transpired. But the fact that PIJ was reportedly planning an incident that could have upset Egyptian attempts to restore calm to the Gaza Strip could hint at a wider struggle taking place within Gaza between Egypt and Iran.

Gaza’s ruling regime, Hamas, has reportedly faced demands from Egypt in recent months to decide whether it “takes its orders from Tehran or continues to implement the understandings for calm” formulated by the head of Egyptian intelligence Abbas Kamel.

The clash of interests between these two regional Middle Eastern powers seems clear; Egypt wishes to see Gaza calm, stable and cut off from ISIS-affiliated terror networks in Sinai, which also threaten Egyptian security as a whole.

Iran sees Gaza as one more base from which it can exercise its radical influence and encourage the growth of a terrorist army that threatens Israel, in addition to regional stability.

Iran transfers $100 million a year to the military wings of Hamas and PIJ collectively, according to Israeli estimates.

Boaz Ganor, executive director of the International Institute for Counter-Terrorism at the Interdisciplinary Center in Herzliya, recalled that with the signing of the 1979 Israeli-Egyptian peace treaty, Cairo had no interest in retaking Gaza.

Egypt’s President Anwar Sadat “understood the problematic nature of this territory, which is the most crowded in the world, and racked with poverty, fundamentalism and a lack of a sovereign ruler,” said Ganor. As a result, Sadat did not demand a return of Egyptian rule over Gaza, despite the fact that Egypt controlled the Strip prior to the 1967 Six-Day War.

“What Sadat understood, [current Egyptian President Abdel Fattah] El-Sisi also understands, although in a different manner,” said Ganor. “El-Sisi understands that the Strip contains many risks to Egypt within it. Hamas, which controls Gaza, is tied by the umbilical cord to its mother movement—the Muslim Brotherhood—who are Sisi’s loathed and strategic enemies.”

El-Sisi has identified a process of Iranian infiltration into Gaza via its proxy, PIJ, “and is concerned by the growth of a forward Iranian post on the northern border of Egypt,” assessed Ganor.

Another source of concern for El-Sisi is the fact that ISIS in Sinai is linked to fellow Salafi-jihadist elements in Gaza. These security and political factors, as well as Egyptian concern over the prospect of a new armed conflict erupting between Israel and Hamas on Egypt’s border, have all led to “massive Egyptian intervention and a will to be active in what is taking place in the Strip,” said Ganor. Israel, for its part, is in favor of this intervention and has even requested it over the years.

Yet Iran is trying to neutralize Egyptian influence in Gaza, Ganor noted, while looking to tighten its links with its Gazan proxies. Tehran is trying to transfer funds and weapons into Gaza. “It also seeks to instruct its proxies to disrupt every process that can lead to calm,” said Ganor.

Ganor said that “Iran’s influence on Hamas is significant, but much smaller than its influence on Hezbollah. Hamas zealously safeguards its independence and does not view itself as being obligated to Iranian interests.”

The Iranian branch in Gaza

Lt. Col. (ret.) Michael Segall, a senior analyst at the Jerusalem Center for Public Affairs, described PIJ as a “kind of Iranian branch inside the Gaza Strip.”

The PIJ’s former leader, Ramadan Salah, as well its current chief, Ziad Nakhalah, are both frequent visitors to Iran, where they are “familiar guests,” stated Segall, a former head of the Iran Branch at the Israel Defense Forces’ Military Intelligence Directorate.

With Iran training sessions for PIJ in the Islamic Republic, the organization is an “explicit proxy of Iran, in contrast to Hamas, which is under Iranian influence but has its own agenda and is more independent,” he argued.

Despite this Iranian influence, Egypt has far more at stake in Gaza, which is at its back door. “Whatever happens in Sinai directly influences Egypt. Iran, meanwhile, is distant, and tries to activate its influence in Gaza by remote control,” said Segall.

He summed up the Iranian proxy strategy as follows: “The more Israel bleeds on its borders, the less it can engage Iran directly.” And the Iranians would like the same thing to happen in the West Bank, with Iranian Supreme Leader Ayatollah Ali Khamenei calling for terror factions there to be armed just like they are in Gaza.

PIJ has used Iranian-made sniper rifles to fire on the IDF, as well as advanced bombs. It manufactures rockets with Iranian know-how—all part of Iran’s attempt to “sharpen its influence and leave its footprint” in Gaza.

Segall positioned Gaza as one layer in a broader “Iranian war, which plays out in other places, including Yemen, where the Houthis operate against Saudi Arabia, firing missiles against it. It is very similar to what is happening in Gaza. The Iranians work with a proxy toolbox against the Saudis, the Egyptians and Gulf states. This is not limited to Gaza.”

While Iran has the power to activate PIJ to disrupt Egyptian mediation efforts or spark a new conflict, PIJ also faces pressure from Hamas, which can force its will on it, including through the force of arms, according to Segall.

“I think that on the day they receive their order from Iran, PIJ will obey and cash in its checks, which it received over the years from the Iranians,” he said.