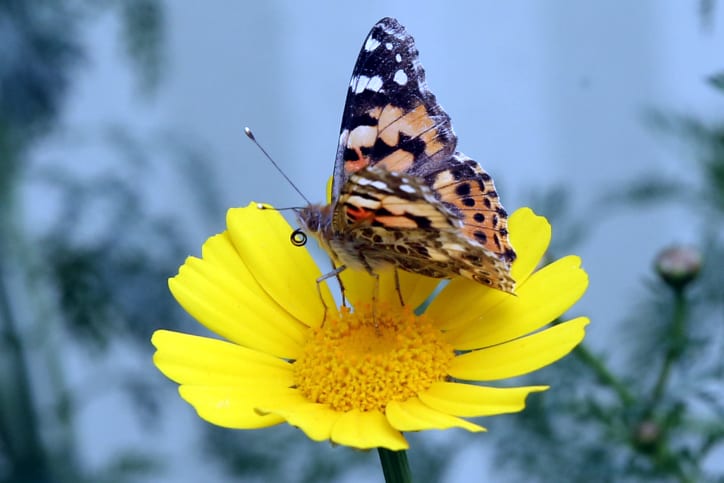 In preparation for Passover, Breaking Israel News is doing a roundup of recent reappearances of the Egyptian plagues. This includes a hailstorm that arrived in Texas days before the holiday recitation of the wonders God performed before taking the Jews out of Egypt.

According to Jewish tradition, the ten-plagues will reappear before the Messiah events and even the most skeptical person will have to admit that many pre-Exodus scenarios are being played out again in front of our eyes, albeit in some unusual ways.

The hail was very heavy—fire flashing in the midst of the hail—such as had not fallen on the land of Egypt since it had become a nation. Exodus 9:24

While residents of a region in the southern United States known as Tornado Alley were still reeling from a severe three-day storm, forecasters already began warning Texans of another imminent weather strike in the form of baseball-sized hail.

If you are in Texas, Okalahoma or Kansas pull your car under cover Wednesday with baseball sized hail threat. Thursday the threat shifts to Louisiana and MS. Tornadoes possible. Stay alert!! pic.twitter.com/OjfMcZmqFc

Hundreds of Flights were canceled and schools were closed as the state prepared for the the barrage of abnormally large hailstones, which inevitably arrived in north Texas on Wednesday evening, accompanied by the requisite lightning described in the Bible. Highways were eerily empty of traffic as the balls of ice fell.

Storm Chaser Dr. Reed Timmer posted a video showing the intense lightning produced by the hail-bearing supercell.In the Bible, this plague manifested as a miraculously unnatural mix of fire and ice. Though a natural cause is surely to blame, the Biblical connotations implicit in the hailstorm arriving days before Passover are unmistakable.

LOCUSTS – AND OTHER CREEPY CRAWLIES

They covered the face of the whole land, so that the land was darkened, and they ate all the plants in the land and all the fruit of the trees that the hail had left. Not a green thing remained, neither tree nor plant of the field, through all the land of Egypt. Exodus 10:15

This winter brought the mixed blessing of rain to the Middle East, offering respite from a five-year drought but also generating a spike in the region’s locust population. As swarms of the ravenous insects swept across parts of Egypt and covering the Great Mosque in Mecca in February, Israel prepared for Passover and braced for the worst.

But what finally arrived, winging its way across the skies of Israel, were flocks of butterflies. Millions of Painted Ladies passed through the Holy Land on their way from Africa to Cyprus and on to their summer homes in Europe.

When Pharaoh inquired, he found that not a head of the livestock of Yisrael had died; yet Pharaoh remained stubborn, and he would not let the people go.” Exodus 9:7

The fifth plague may be reappearing in the form of Chronic wasting disease (CWD) infections in deer. Nicknamed “zombie deer disease”, cases of CWD have been on the rise in the last decade and cases have been discovered in more than two dozen states as well as two provinces in Canada. Outbreaks have even been documented in South Korea and Europe, most notably among Norwegian reindeer.

The disease infects the brain, eroding it and causing the animal to be listless, interact less with other deer, shake uncontrollably, walk repetitively in set patterns, and to be nervous. CWD is always fatal and experts have yet to find a vaccine or a cure.

Although there are no known cases of people contracting the disease, but research suggests it poses a risk to humans. The Center for Disease Control and Prevention (CDC) suggested that as a precaution, hunters should avoid eating deer meat known from areas where CWD has been identified.

Diseases that affect animals are common, although it is interesting to note that the fifth plague that struck Egypt focused on their livestock, highlighting their dependence on their animals.

The Nile shall swarm with frogs, and they shall come up and enter your palace, your bedchamber and your bed, the houses of your courtiers and your people, and your ovens and your kneading bowls. Exodus 7:28

The Bible describes Egypt becoming overrun with frogs but the modern incarnation may be the antithesis, a phenomenon scientists have dubbed an “amphibian apocalypse.”

A global team of 41 scientists announced last week that humans have unwittingly spread the chytrid fungi Batrachochytrium dendrobatidis (Bd) and Batrachochytrium salamandrivorans (Bsal) around the world,  causing a sharp decline of at least 501 amphibian species, or about one out of every 16 known to science. 90 of the amphibian species have gone extinct or are presumed extinct in the wild. Another 124 species have declined by more than 90 percent.

“Chytrid fungus is the most destructive pathogen ever described by science—that’s a pretty shocking realization,” wrote biologist Wendy Palen in an article in Science.

If God ever decides to bring back the Biblical plagues as a precursor to the Messiah, an infestation will surely stand in sharp contrast to the current dearth of frogs.