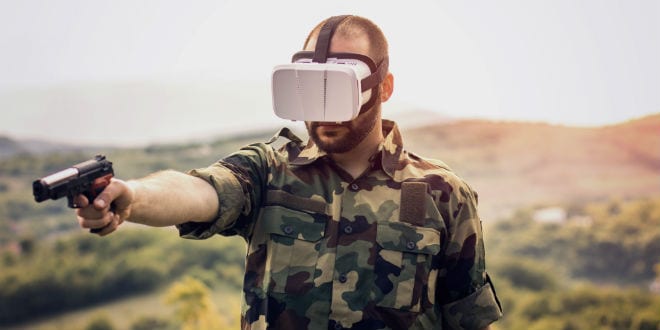 During the Cold War, the Soviet Union seriously outspent the United States on military equipment. The U.S. and its NATO allies worried that the Russians would have such overwhelming military power that, at any moment, Soviet and Warsaw Pact forces could flood Western Europe, starting with the Fulda Gap, where NATO would be pushed back and defeated.

The problem today is less Russia — with decent technology but not enough funds to produce great numbers — than China — with money to produce, but not yet a great technological base. So China uses ours.

American companies face no meaningful export restrictions and they are eager to take advantage of low-cost manufacturing in China and potential access to China’s huge domestic market. This has had an impact on Chinese electronics as well as aircraft manufacturing, submarine capabilities, and more. What China has not been able to get from legal American imports, it has worked to acquire by electronic and human spying.

At the height of the Soviet buildup, the United States, with fewer tanks, fighter planes, and ships, developed what became known as “qualitative military edge” (QME). The most important “edge” of our quality over their quantity was the use of advanced semiconductors and digital computers grafted onto existing conventional weapons.

The development of the “look down-shoot down” radar is an example. Until the development of computers and microelectronics, radars became confused by “ground clutter,” that is, signals bouncing off the ground. Fighters could only engage an enemy head on, and combat effectiveness rested mainly on air-to-air missiles, gunnery, and pilot capabilities.

The U.S. and its allies were ahead of the Soviet Union in air-to-air missile technology and had better tactics, but neither together offered a decisive combat advantage. Look down-shoot down radar could differentiate between fast-moving aircraft and returns coming from the ground. For the first time, a pilot could fly above the enemy and detect it well before the enemy could respond.

In the first actual combat test of look down-shoot down radar, Israel fought Russian-armed Syrians over the Lebanon’s Bekaa Valley in 1982. The Israel Air Force (IAF) decimated its Syrian adversary, shooting down 82 Syrian-Russian jets. The IAF lost no planes to dogfights.

The Russians were shocked as they understood that Israel, mainly flying American aircraft, had won a decisive battle based largely on computers and microelectronics. The first practical use of QME had been a resounding success for the U.S. and its ally.

Today, much of what constituted the QME of the Cold War, particularly electronics, has been handed over to China, and the American government has taken few steps to contain Chinese ambitions. The theft of American technology remains at unprecedented high levels, and legal American exports of technology remain largely unconstrained.

At the same time, American defense companies — and the Pentagon itself — are using imported Chinese products that are subject to Chinese monitoring and/or information theft.

A great power cannot afford to spend trillions on weapons only to have the weapons compromised even before they are fielded. If our security systems are “Made in China” to any substantial degree, what happens to QME?

We may find out. Washington has failed to provide leadership and lacks a serious program to deal with the menace it helped to create.

The export control system is broken, ineffective and poorly administered.  Cyber protection of our key defense industries — and the Pentagon itself — is in failure mode. It will soon get worse as our most highly classified information is placed on publicly-owned commercial Cloud platforms that are unproven and unsafe.

American export controls must be redesigned to protect vital technology, understanding that a significant portion of that technology is commercial, not military, and will be difficult — though not impossible — to restrict.

Protection must include limits on what can be imported, especially for government and military use. Too much Chinese technology is purchased by the Pentagon and by other government agencies. The government should primarily (perhaps only) use American products made in in America and vetted for security.

Americans should be raising hell over the fact that their investment in security is going out the door to China. And hell, too, over the imports of foreign technology that put other security investments at risk.  But Americans, like their global counterparts, appear mesmerized by cheap tech, including cell phones and laptops, and have even been willing to sacrifice their own privacy for the latest “in” gadget. How much less do they appear concerned about the government’s privacy? The overwhelming bread and circus of mostly-Chinese tech is blinding people – citizens and lawmakers – to the real national security harm that awaits us in the future.

To update Lenin, the U.S. is willing to sell – and buy – the rope to hang itself.