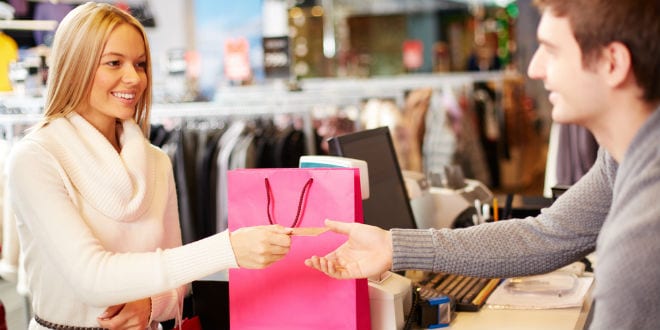 I am a 23-year-old woman who started a job at the cash register of a large department store a few months ago. From the beginning, I was told by my boss that I must, like all the other employees in that job, smile at every customer and wish them a wonderful day. Many customers have no patience for the lines and are unpleasant and even nasty when they finally get to me. I have found it very annoying always to be artificially pleasant to people who are not nice to me. I feel very tense when I come home from work. Can this cause harm to my health? V.D., Manhattan, New York City

You understandably suffer from customers’ behavior and your boss’s demands. You may be in the wrong profession, but if you can’t work elsewhere, you might try undergoing relaxation therapy. A brand-new study from Pennsylvania State University and the University at Buffalo has found that employees who force themselves to smile and be happy in front of customers – or who try to hide feelings of annoyance — may be at risk for heavier drinking after work.

They found a link between those who regularly faked or amplified positive emotions, like smiling, or suppressed negative emotions – resisting the urge to roll one’s eyes, for example – and heavier drinking after work.

Psychology Prof. Alicia Grandey at Penn State said the results suggest that employers may want to reconsider “service with a smile” policies. “Faking and suppressing emotions with customers was related to drinking beyond the stress of the job or feeling negatively,” Grandey said. “It wasn’t just feeling badly that makes them reach for a drink. Instead, the more they have to control negative emotions at work, the less they are able to control their alcohol intake after work.”

While previous research has shown a connection between service workers and problems with drinking, Grandey said the reasons why were not known. She hypothesized that by faking or suppressing emotions in front of customers, employees may be using a lot of self-control. Later, those employees may not have a lot of self-control left to regulate how much alcohol they drink.

For the study, the researchers used data from phone interviews with 1,592 American workers. The data came from a larger survey funded by the US National Institutes of Health, which was called the National Survey of Work Stress and Health and included almost 3,000 participants who were representative of the US working population.

The researchers found that overall, employees who interacted with the public drank more alcohol after work than those who did not. In addition, surface acting was also linked with drinking after work, and that connection was stronger or weaker depending on the person’s trait-like self-control and the job’s extent of self-control.

“The relationship between surface acting and drinking after work was stronger for people who are impulsive or who lack personal control over behavior at work,” Grandey said. “If you’re impulsive or constantly told how to do your job, it may be harder to rein in your emotions all day; when you get home, you don’t have that self-control to stop after one drink.”

In particular, the researchers found a stronger association between surface acting and drinking when employees who are highly impulsive also worked in jobs where employees have one-time service encounters with customers, like a call center or a coffee shop, rather than relationships, like health care or education.

Grandey said people in these jobs tend to be younger and in entry-level positions and may lack the self-control tendencies and the financial and social rewards that can buffer the costs of surface acting.

According to Grandey, the results – recently published in the Journal of Occupational Health Psychology – suggest that surface acting is less likely to create problems when the work is personally rewarding to the employee.

“Nurses, for example, may amplify or fake their emotions for clear reasons,” Grandey concluded. “They’re trying to comfort a patient or build a strong relationship. But someone who is faking emotions for a customer they may never see again, that may not be as rewarding, and may ultimately be more draining or demanding. Employers may be able to use these insights to create healthier workplace environments. Employers may want to consider allowing employees to have a little more autonomy at work – they have some kind of choice on the job.”

I know Israel is very advanced medically (and many other ways). I wonder if you have any suggestions for extremely dry eyes? I underwent radial keratotomy (refractive surgical procedure to correct nearsightedness) more than 30  years ago, and that seems to have contribute to my dry eyes. I worked on computers for decades, which also greatly overtaxed my eyes.

I now live in a dry climate and am having a great deal of pain. I tried plugs, Restasis (cyclosporine ophthalmic emulsion), all kinds of drops and gels, hot compresses and more. I was hoping that maybe Israel is ahead of us in this area too. Many thanks. Sharon, via email

It seems to me that you are being treated very well by your ophthalmologist. You have mentioned much of our arsenal against dry eye.

I would ask your ophthalmologist if there is a component of blepharitis that may be addressed to improve your condition. Blepharitis is inflammation of the eyelids that usually involves the part where the eyelashes grow. The condition, which usually affects both eyelids, commonly occurs when tiny oil glands located near the base of the eyelashes become clogged.

If you want an Israeli expert to answer your medical questions, write to Breaking Israel News health and science senior reporter Judy Siegel-Itzkovich at judy@israel365.com with your initials, age, gender and place of residence and details of the medical condition, if any.