Sit Rep: ‘March of Return’ One Year On

Home » Sit Rep: ‘March of Return’ One Year On 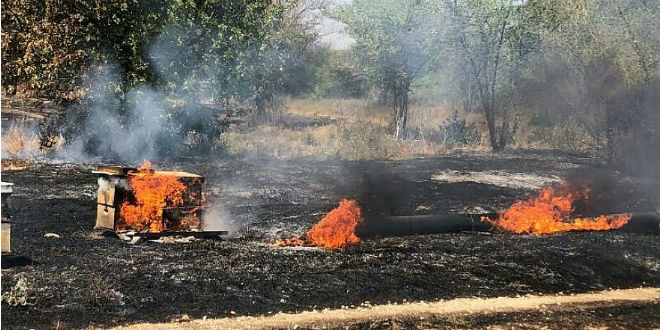 This coming weekend marks the first anniversary of the Hamas-organized weekly Friday protests at the Israel-Gaza border, colloquially known as the “March of Return.“

The Government Press Office (GPO) has released a statistical review of the activities over the last year in relation to these “demonstrations.” Although Western media and Palestinian media sources like to claim that the protests are “peaceful,” they are nothing of the sort.

18 incidents of gunfire from the Gaza Strip

94 IED incidents, where one or several explosive devices were hurled across the security barrier

The headline figure relates to November 2018, which saw a massive surge in the number of rockets launched from within the Hamas-controlled Strip. Although the Iron Dome missile defense system successfully intercepted 100 out of 460, the rocket fire has inflicted casualties; “One Israeli was killed, three were severely wounded, 123 suffered light-to-moderate wounds. Violent attacks at the security barrier also caused casualties: one Israeli soldier was killed, four were severely wounded, and 12 suffered light-to-moderate wounds,” according to the GPO.

“Beyond the border area, arson balloons and kites launched from the Gaza Strip are believed to have caused a total of 1,963 fires, sometimes as many as 30+ in a single day.”

The fires ignited by these incendiary devices has caused extensive damage to national parks, wildlife, forests and arable land. It is thought arson balloons and kites have destroyed approximately 35 square kilometers. “The combined damages suffered by Israelis due to rocket fire and arson balloons from Gaza are estimated at approximately 35 million NIS,” said the report.