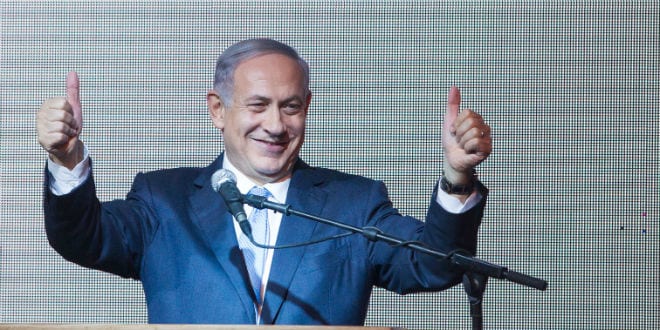 Do opinion polls, however, affect the outcome of an election? Can polls be used to influence our voting behavior?

With Israel’s Knesset grueling and election just two weeks away, the mudslinging by candidates and parties has been worse than any election in memory. Constant newspaper headlines, polls and advertising over smartphones and wrangling on TV have angered many voters.

Prof. Kobi Gal and master’s degree student Roy Fairstein of Ben-Gurion University of the Negev’s Software and Information Systems Engineering Department in Beersheba – together with Dr. Reshef Meir of the Technion-Israel Institute of Technology in Haifa – tried to answer this question using artificial intelligence (AI).

As Israel enters the home stretch of its campaign for election day on April 9 –and as Canada and the US prepare for their national elections in October, 2018 and November, 2020 respectively – traditional and social media platforms have been awash with polling information.

But how does the rash of polling data impact the way we actually vote?

“Despite the prevalence of voting systems in the real world there is no consensus among researchers of how people vote strategically, even in simple voting settings,” the researchers wrote. “This paper addresses this gap by comparing different approaches that have been used to model strategic voting.”

The models are “applied to data collected from hundreds of people in controlled voting experiments, where people vote after observing non-binding poll information. We introduce a new voting model, the Attainability-Utility (AU) heuristic, which weighs the popularity of a candidate according to the poll, with the utility of the candidate to the voter. We argue that the AU model is cognitively plausible, and show that it is able to predict people’s voting behavior significantly better than other models from the literature. It was almost at par with (and sometimes better than) a machine learning algorithm that uses substantially more information,” they wrote in their introduction.

The researchers presented thousands of study participants with a range of polling data about fictional characters and collected information on how the subjects had decided to vote. The reward for participants was determined by the position of the winning candidate in their preferences. The participants had no knowledge of the voting preferences of other people in the group.

At the same time, the researchers built a theoretical model to predict how each person would vote in a wide range of situations after observing only a small number of votes. The model proved highly accurate and gave insight into the considerations that guide peoples’ voting patterns.

“Most people tried to balance their personal preferences for a particular candidate and the candidates’ chance of winning the election, while some consistently preferred the candidate who was expected to win,” said Gal. “That illustrates for us the ‘bandwagon effect,’ which clouds rational thinking and causes some people to completely ignore their preferred candidate and to support whatever candidate appears to be leading in the polls.”

Interestingly, when the respondents were asked to describe their decision-making process during actual election campaigns, they claimed not to have done this, in direct contrast to their behavior during the research project, Gal added.

The study, funded by the Israel Science Foundation and about to be presented in the proceedings of the 18th International Conference on Autonomous Agents and Multiagent Systems in May in Montreal, Quebec, sheds light on the way people make strategic decisions under conditions that are unsure and are expected to impact the way in which we understand the connection between elections polls and actual voting.