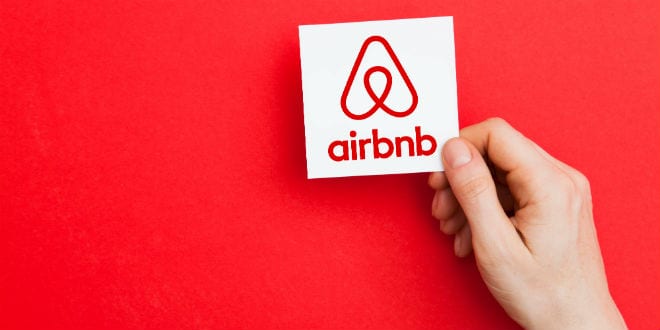 On Friday, the Texas Comptroller of Public Accounts, Glenn Hegar, publicly updated the list of businesses on the state’s “List of Companies that Boycott Israel” to include Airbnb. According to Chapter 808 of the Texas government code which prohibits investment in companies that boycott Israel the company will have a 90-day period to prove to the state that it does not boycott Israel. Texas law states that if the company is found to be boycotting Israel than “the state governmental entity shall sell, redeem, divest, or withdraw all publicly traded securities of the company, except securities.”

Airbnb said in response, “We unequivocally reject and oppose the BDS movement and are disappointed by the [Texas] decision. There are over 20,000 Airbnb hosts in Israel who open their doors and showcase the best of Israeli hospitality to guests from around the world, which boosts local families, businesses and communities.

“Our community of hosts in Israel has already welcomed more than 1 million guests and we will continue to invest in Israel,” it said.

The company released a statement in November announcing its decision and though it did not specify that its policy targeted Jews, the service continues to list properties belonging to non-Jews. The statement claimed that Airbnb did not support the Boycott Divestment Sanctions (BDS) movement. The statement claimed that the decision was part of a larger policy regarding conflict zones however in other such zones, all of the listings are removed and not just those pertaining to one religion.

Airbnb blacklists Jewish apartments in Judea and Samaria – not Palestinian apartments, not apartments in Turkish occupied Cyprus, in Moroccan occupied Sahara, not in Tibet or the Crimea. Airbnb’s policy is the very definition of anti-Semitism. No one should use its services.

Christians United for Israel (CUFI), praised the Texas decision in a statement on its website.

“The antisemitic BDS [Boycott, Divestment and Sanctions] movement is trying to achieve through boycotts what terrorists and hostile nations have failed to achieve with bullets: the end of the modern State of Israel,” CUFI founder and chairman Pastor John Hagee said. “But they will fail, because no matter how much they lie about and demonize the Jewish state, we at CUFI will ensure that conscientious people have the opportunity to learn the truth about the vibrant and democratic nation of Israel.”

Florida also blacklisted Airbnb in January due to the companies decision to remove listings of properties in Judea and Samaria that belong to Jews.