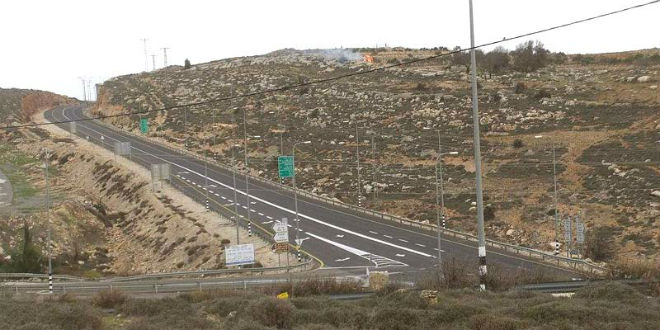 The Palestinian Authority is violating its agreements with Israel by trying to redefine historic sites and nature reserves in Judea and Samaria.

The Oslo II Accord, as well as subsequent agreements, grant the Palestinian Authority limited control over certain landmarks and nature reserves in Judea and Samaria at the discretion of Israeli authorities, and only if the P.A. commits to coordinating the administration of the areas with Israeli forces.

The 1995 agreement, which has been only partially implemented, says that “the two sides shall each take appropriate measures in order to protect Nature Reserves, Protected Natural Assets and species of animals, plants and flowers of special breeds, as well as to implement rules of behavior in Nature Reserves.”

But recent steps taken by the Palestinians suggest that P.A. officials have been flouting those provisions.

As part of this rogue behavior, the P.A. has recently placed a sign at Arugot Stream, which runs from west to east in Judea, calling it Al-Kanub Reserve. The sign states that the European Union and the United Nations help support the administration of the site.

The P.A. has also set up a new website called Mahmiyat (meaning “nature reserves” in Arabic), which provides tourist information on the various landmarks in Judea, Samaria and the Gaza Strip. The descriptions obscure the Jewish links to those landmarks dating to biblical times.

For example, the site does not mention that the ancient city of Sebastia in Samaria served as the capital of the Kingdom of Israel for two centuries.

Regavim, an organization that works to “ensure responsible, legal, accountable and environmentally friendly use of Israel’s national lands and the return of the rule of law to all areas and aspects of the land and its preservation,” attacked the P.A. for its blatant violation of its agreements with Israel.

“There is a deliberate effort on the part of the P.A. to wipe out the Jewish heritage from the land of Israel and the Bible,” the organization said. “Israel must unmask this hypocrisy and prevent the rewriting of history,” it said in a statement.