Proving the Bible by Finding the City of Ai

Home » Proving the Bible by Finding the City of Ai 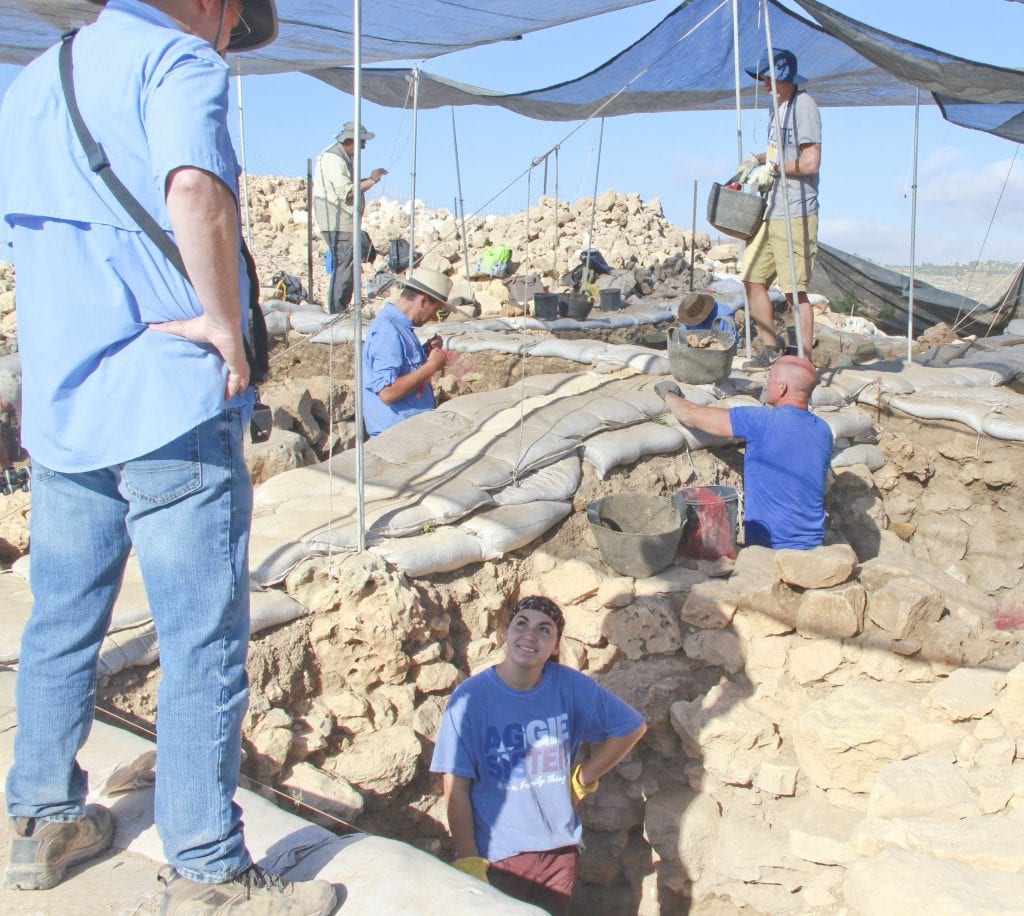 Dr. Scott Stripling is in the process of having his theory concerning the precise location of the Biblical city of Ai and if it is accepted, it may be a major step in proving the Bible is a valid source for archaeologists.

Dr. Stripling, provost at The Bible Seminary in Katy (Houston) Texas, is a man with a deep faith in the Bible as well as a passion for scientific truth. These seemingly conflicting forces have driven him to sift through the sands of Israel for over 20 years. Dr. Stripling serves as the archaeological director for the Associates for Biblical Research (ABR), a Christian organization that brings together Biblical research and archaeology to mutually advance both disciplines.

According to the Book of Joshua, the City of Ai was conquered by the Israelites on their second attempt. After an initial attempt failed due to a sin committed by an Israelite name Achan resulted in a demoralizing defeat, a God-directed ambush led to the Israelites conquering the city. The king is captured and hanged on a tree until the evening. His body is then placed at the city gates and stones are placed on top of his body. The Israelites then burn Ai completely.

Then Yehoshua burned down Ai, and turned it into a mound of ruins for all time, a desolation to this day. Joshua 8:28

As a site that plays a prominent role in the Exodus narrative, Biblical scholars and archeologists have always been intensely interested in locating Ai. Based on a surface survey he conducted in the region in 1924, W.F. Albright concluded that et-Tell, 10 miles north of Jerusalem,  was the location of the Biblical city of Ai. After excavating the site from 1933-1935, Judith Marquet-Krause, she concluded that the village was built on top of the Early Bronze Age remains.

Marquet-Krause did not find evidence of occupation of the site during the Late Bronze Age (1400 BCE) which is when most archaeologists assume the Israelites entered the land of Israel. Joseph Callaway, professor of Old Testament and biblical archaeology, conducted digs at et-Tell from 1964-1972. Callaway concluded over the course of this research that the city of Ai described in the biblical account did not exist when Joshua encountered it. Albright proposed that the narrative in the Book of Joshua refers to the conquest of Bethel, a few miles from et-Tell.

In recent years, some archaeologists have begun to question the theory that et-Tell is the location of Ai. In 1994, Bryant G. Wood, a member of ABR, began digging at Khirbet el-Maqatir to investigate the possibility that it might be the elusive site of Ai. He was encouraged by the writings of Edward Robinson, an American Biblical scholar and Orientalist, who explored Palestine several times in the mid-19th century. According to Robinson’s accounts, when he visited Khirbet el-Maqatir in 1838, the local Arabs told him the site was the location of Ai.

In an article in 2008, Wood noted that neither the topography of et-Tell nor of Bethel conformed to the Biblical description. Wood suggested that  Khirbet el-Maqatir as the location of Biblical Ai. Wood’s theory, based on an Exodus in the 15th century BCE, was criticized by many archaeologists who set the Exodus in the 13th century BCE.

ABR is attempting to confirm this. The remains must indicate a fortified city with a gate in the north. Remains of a gate were discovered in ABR’s first year of digging. The ABR team also discovered pottery from the late bronze era.

Dr. Stripling directed the excavation from 2013-2017.. Dr. Stripling explained that to make their case, the evidence needed to fit certain criteria. The Biblical account describes an ambush carried out by Israelite troops hiding to the west of the city, hiding nearby but out of sight.

He instructed them as follows: “Mind, you are to lie in ambush behind the city; don’t stay too far from the city, and all of you be on the alert” Joshua 8:4

Dr. Stripling believes the Israelite troops hid in Wadi Sheban, a dry wash to the west of the site. To verify the plausibility of this theory,  three members of the ABR excavation team equipped with backpacks ran from the dry wash to the location, arriving in exactly five minutes. It should be noted that et-Tell does not have any such location to the west capable of concealing troops.

Such remarkable results do not come easily and conditions in what Stripling refers to as “the Wild West” were basic in the best of times.

“There were 14 years of difficult digging with an 8-year hiatus due to the Intifada,” Dr. Stripling said, describing a site with no running water or bathrooms. “We suffered from constant vandalism. But we persevered and did an excellent job of excavating.”

And hopefully, the hard work paid off. Dr. Stripling is currently preparing to present his findings for publication later this year, presenting what he describes as “compelling evidence” for his case.

ABR is also excavating Shilo where the tabernacle stood for 369 years.

“This gives us a regional perspective, an overview of what was happening in the highlands of Israel in antiquity,” Stripling explained. “We can see the transitions of the culture.”

Dr. Stripling is aware of those who dispute his claim and notes that the cause may be a trend towards secularism in the field of archaeology. The source of this trend, he claims, are in the roots of archaeology.

“Allbright was a genius and a believer. He had a religious background but he was not finding archaeological evidence to support an Exodus in the 15th century BCE,” Dr. Stripling explained. “But you have to understand, at the time, they had explored a tiny amount, less than one percent of what we have explored since.”

“Allbright then went on to train the next generation of archaeologists, giants in the field like Yigal Yadin. That next generation had already jettisoned the original 15th-century date for the Exodus and set it in the 13th century. The third generation already began to view it as pejorative to be described as a Biblical archaeologist.”

Dr. Stripling related how he once lectured a group of Ph.D. students at Hebrew University on Mount Scopus whom he described as “the future leaders of archaeology.” Dr. Stripling taught about his methods including his referring to the Biblical text.

“After the lecture, they lined up to talk to me, to shake my hand,” Stripling said. “They thanked me, saying that I was the first person who had taught them while using the Bible. Like me, they used texts from Egypt and Mesopotamia, but I was the only one who referred to the Bible.”

Dr. Stripling expressed great respect for the archaeologists he has worked with in Israel but believes there is an unjustified “anti-Bible” bias in the field.

“Even if you dispute the historical reliability of the Bible, which I would take issue with, you can’t deny the hundreds of synchronisms between the archaeological data and the Biblical text.”

“There are a handful of believers and we are hoping to raise up a new generation of Biblical archaeologists,” Dr. Stripling said.

“My work in archaeology in Israel has affected me profoundly as a believer,” I already believed in the Bible but as the years go by and I have seen hundreds of examples of synchronization between the material culture we are excavating and what I read in the text. This is a constant reminder that there is a God and that he left a record of his work in history. It is an incredible honor to lead this work.”

Dr. Stripling quoted as his inspiration a verse in Psalms.

Your servants take delight in its stones, and cherish its dust. Psalms 102:15

ABR encourages people who wish a hands-on experience searching for Biblical clues to volunteer at one of their digs in the summer. Additional information can be found on their website.