Iran Demands Russian Protection From Israel in Syria But Russia Says They Are Protecting Israel..But Are They?

Home » Iran Demands Russian Protection From Israel in Syria But Russia Says They Are Protecting Israel..But Are They? 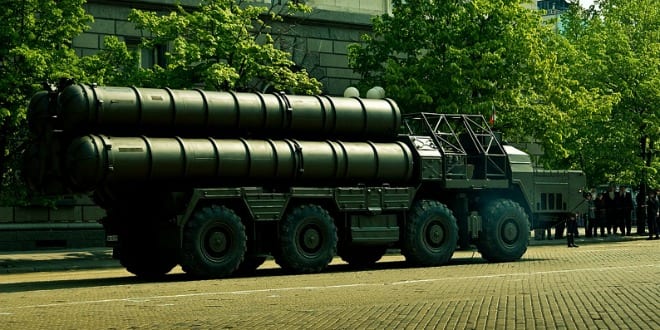 On Thursday, the head of the Iranian parliament’s national security and foreign-policy committee, Heshmatollah Falahat-Pisheh, expressed anger on Thursday at Russia for not using their advanced S-300 anti-air defense system to protect Iranian military assets in Syria from the Israeli airstrikes that devastated them earlier in the week.

“The Israelis claim their actions are against Iran, while they are attacking Syrian infrastructure, security and defense installations,” Falahat-Pisheh said to Iranian media. He went on to say that Russia was responsible for not activating countermeasures against Israeli warplanes while they flew over Lebanon.

“There is a serious criticism of Russia for deactivating its S-300 air defense missiles when the ‘Zionist enemy’ strikes from Lebanon,” Debka File, an English language Israeli military intelligence website reported Falahat-Pisheh as saying. He went on to accuse Russia of cooperating with Israel.

“If the Russian air defense worked properly, Israel would not be able to easily launch strikes over Syria,” Falahat-Pisheh said. “There seems to be some form of coordination between the Zionist regime’s strikes and Russia’s air defense system in Syria.”

Debka reported that Russian training of Syrian military personnel on the S-300 anti-air systems will be completed by March. The Syrian operators will reportedly be under the direct command of Russian officers. This should, in theory, prevent the Israeli airforce from attacking them and risk provoking the ire of the Russian government. Syrians manning the S-300 system will also bring Hezbollah in Lebanon under the umbrella of protection afforded by the advanced Russian system and its powerful radar.

The Iranian frustration comes after an exchange in which several Israeli airstrikes on Sunday and Monday, including one carried out in broad daylight, hit approximately ten targets including weapons warehouses at the Damascus International Airport and, in other locations, an Iranian intelligence site, and an Iranian training camp.  The Israeli strikes also targeted multiple Syrian surface-to-air missile batteries.

Shortly after the airstrikes, IDF Iron Dome anti-missile systems shot down a projectile fired at Israel from Syria. The rocket fire was observed by Israeli civilians skiing on the slopes of Mount Hermon. The IDF blamed Iranian Al Quds forces for the missile fired at Israel.

On Wednesday, Russia told Israel to stop the “arbitrary” airstrikes.

“The practice of arbitrary strikes on the territory of a sovereign state, in this case, we are talking about Syria, should be ruled out,” said Russian Foreign Ministry spokeswoman Maria Zakharova. “We should never allow Syria, which has suffered years of armed conflict, to be turned into an arena where geopolitical scores are settled.”

This seems to be in direct contradiction to a statement made by Russian Deputy Foreign Minister Sergei Ryabkov on Friday when denied that Russia was allied with Iran in Syria. Ryabkov assured the Israeli government that their security was one of his government’s “top priorities.”

“We in no way underestimate the importance of measures that would ensure very strong security of the State of Israel,” Ryabkov told CNN in an interview. “The Israelis know this, the US knows this, everyone else, including the Iranians, the Turks, the government in Damascus [know this]. This is one of the top priorities of Russia.”

Ryabkov explained that Russian cooperation with Syria, what he described as “working together” was a matter of operational convenience.

“[The Iranians] were very helpful when we convened the National Congress of the people of Syria in Sochi, but we do not see at any given moment completely eye-to-eye on what happens,” he said.

Former Pentagon official Michael Rubin explained the seemingly contradictory statements by the Russian officials to JNS. Rubin said “Russia and Israel know each other’s red lines well, and Putin and Netanyahu have a very good working relationship, even if they do not see eye to eye.”

“In this case,” he said, “I suspect there is a difference between what Russia must say publicly to assuage Iran and Syria, and what they are probably telling the Iranians privately. Publicly, it’s easy to chew out Israel; everyone does. Privately, the Russians are probably telling the Iranians that Moscow cannot protect them if they continue to provoke Israel or enhance Hezbollah’s already robust armaments.”