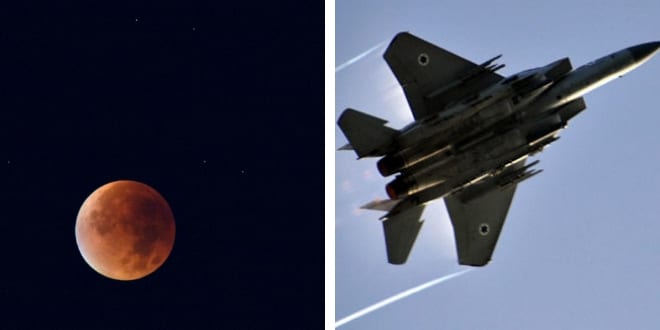 In a powerful confluence, a lunar eclipse over the continental U.S. on Sunday evening coincided with Tu B’Shevat, the Jewish arboreal New Year. Breaking Israel News cited many experts who ascribed dire significance to the event. A quick retrospective shows that the predictions were not empty as the day passed with portentous events in the heavens and on the earth.

Since the moon has no atmosphere, meteors do not burn up before impacting the surface making meteor impacts far more common than on the earth. Though relatively common, these impacts usually go unnoticed. But on Sunday, a multitude of telescopes great and small was turned towards the moon to witness the eclipse. The impact was easy to miss, a tiny spot of light illuminated for the barest moment at the height of the eclipse.

One week before the eclipse, Rabbi Yekutiel Fish told Breaking Israel News that the lunar eclipse was a warning that the Jews of America should immediately move to Israel.

The eclipse also affected mundane events. Based on Jewish sources, several rabbis predicted that the lunar eclipse was an omen of war and difficult times for Israel and the Jews. This proved to be the case as the Israeli Air Force launched multiple airstrikes, one an unprecedented daytime riad, against Iranian military targets in Syria. Iran responded by firing a rocket at northern Israel from a base in Syria.

Rabbi Chaim Kanievsky, one of the most prominent spiritual leaders of the Haredi (ultra-Orthodox) Jews in Israel, was quoted as saying that the Messiah will reveal himself before the Israeli elections on April 9.