The Children of Jacob Are Waking Up All Over The World 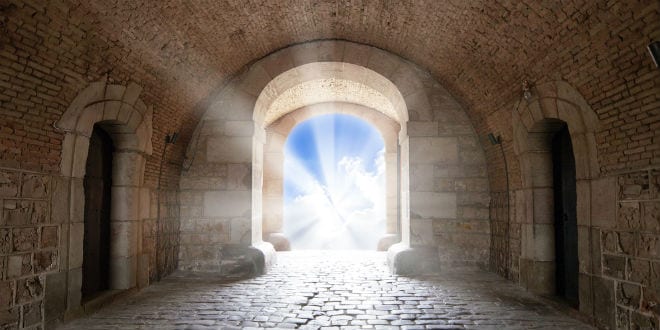 Breaking Israel News recently spoke with Jerusalem-born Rabbi Dror Cassouto, founder of  The Emunah Project, an online program that teaches the universal message of having faith in God.

Cassouto found that his Torah messages about geula (redemption) and Moshiach (messiah) resonated so strongly with people from the Nations that he relocated temporarily to New York to be closer to his students.

“I felt that Hashem (God) was calling me. The majority of students, something like 80%, live in the US. I went to teach my students,” he noted. And he said, “More than 50% of my students are non-Jews.”

Fittingly, Cassouto spoke about the role of the Nations when it comes to the End of Days. “We know about the geula that it will be the redemption of the whole world, not only the redemption of Israel. The Third Temple will be called the a house of prayer for all nations.

Everyone will come and bow to Hashem,” he explained.

For My House shall be called A house of prayer for all peoples. Isaiah 56:7

What does he see as the role of the Jewish people at that time? “We will serve in the Temple, to guide the world how to serve Hashem,” he said.

Cassouto elaborated on how things will play out at the End of Days regarding the Jews and people from the Nations.

“People think that Am Yisrael (the Nation of Israel) is the Jewish nation. The truth is, the real Am Yisrael has been divided to two kingships – Yehuda (the Jews) and Yisrael, which includes the Ten Lost Tribes.

“They were exiled, but they are also [part of ] Am Yisrael. We lost track of most of them. There are hundreds of millions of people lost in the world. We don’t know who they are, but they are out there. They have been blended throughout the nations.

“The Creator knows who they are. They are all about to reunite with the tribes of Yehuda (Judah) and Binyamin (Benjamin). Moshiach’s job will be to remind them who they really are.

“There are many groups in the world that have a connection to Judaism, to the Bible, to our family, to Israel. At the end of the process, we will become one again,” Cassouto related.

He’s talking about a potentially extraordinary number.  “Tens of millions of Jews have been slaughtered throughout history,” he stated by way of explaining why the number of Jews worldwide today is only about 15 million.

But, he explained that, “It might be that every one of the [Ten Lost] Tribes today could be 100 million people. They are in China, Asia, Pakistan, all over the world. They haven’t been killed for their Judaism,” so their numbers have had a chance to grow.

“They are the souls of Israel. They are the children of Jacob and his four wives. Ten of the tribes are out in the world. They are not Jews. Their souls are precious to the Creator as the souls of His children and they will all rejoin Am Yisrael at the End of Days,” he stated plainly.

He will hold up a signal to the nations And assemble the banished of Yisrael, And gather the dispersed of Yehuda From the four corners of the earth. Isaiah 11:12

Speaking about the Torah awakening among non-Jews, Cassouto asked rhetorically, “Why are there so many people all over the world interested in studying Torah? They are feeling a certain completion when they are studying. When a person feels a thirst, he needs water. If you feel a lack of knowledge, if you feel a desire to connect to Am Yisrael, to the people, to the Bible, to the prophets, if you find Jewish people attractive, why is that? Who are you?”

He answered his own question by stating, “He is someone who is connected to [the Jewish people] in a bonding that is spiritual. That bonding is a testament to his real connection to the roots that he has to Am Yisrael. Or else he wouldn’t want to bring it into his life. He cares about them as if they are his brothers. Why? Because they are! In reality, he has an attachment to Am Yisrael. He is one of the children of Jacob.”

At the same time, Cassouto made it clear that such a desire to reconnect has its limits. “It doesn’t make him Jewish. [The Jewish people] need to provide them the free opportunity to be part of the Tribes of Israel. If they want to convert [to Judaism], they have to convert. Our role is to teach and to guide and explain. We don’t need to be scared of them.”

What exactly are the Jewish people supposed to be teaching those who see themselves as returning to the Nation of Israel?

“All the wide world is commanded in the seven mitzvot of Noach (the Noahide laws). “ He elaborated on the fact that the seven Laws of Noah include many other laws within them, consisting of many obligations. According to Cassouto, at a minimum, all people need to follow the seven Noahide laws. Those who wish to “can volunteer to do more.”

His universal Torah messages are touching the souls of many people. “There are many obstacles to pass, but we cannot ignore the wave that is bringing us all together. It’s a movement. Seven years ago, [my videos] had 20 views. Today we have thousands. Thousands of subscribers on social media. Hundreds of thousands of people enjoying the content. It’s an amazing blessing.”

He feels that the energy around reconnecting to the Nation of Israel has only grown in the last decade and is connected to the Jewish people returning to the Land of Israel. “The spirit of Moshiach is here,” he said emphatically.

He has some advice for his students, “Everyone should reveal the Godliness in his place. To be nice, kind, good, to give charity, to appreciate the Land of Israel.”

In the time of Moshiach, Cassouto explained, “The world will be different – no anger, death, sickness, illness. Everyone is happy and healthy. EVERYONE. Everyone will reveal their light to the world. Everyone has their role in redemption in the fixed world, to use the skills and talents they were given by God.

“People should believe in their true potential. Be the best version of yourself you can. Be truthful with who you are,” he encouraged.

“The Nations are not stupid people. They are amazing people. They learn and they meditate and investigate and they found deep secrets of creation. When the real truth will be revealed and translated to the languages of the Nations, they will find a connection to the truth from their place. You connected yourself to the truth, to the Creator, just by reading this article,” he concluded.