China Explores Dark Side of the Moon

Home » China Explores Dark Side of the Moon 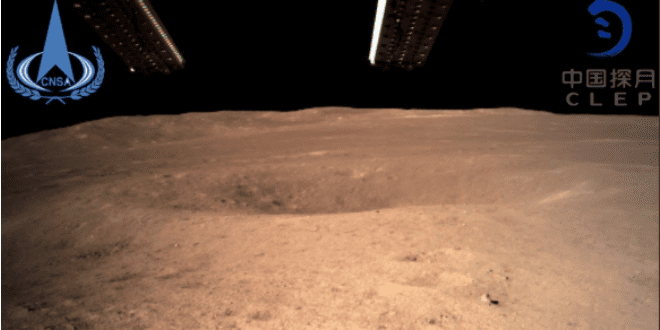 In case anyone had forgotten about Chinese ingenuity and adventure, state broadcaster CCTV said that a Chinese lunar rover had landed on the “dark side” of the moon – registering a significant advance in space exploration.

Chang’e-4 – named after the moon goddess in Chinese mythology – a robotic probe, has sent back the first shot of the unexplored South Pole-Aitken basin, the largest, oldest, deepest, crater on the far side of the moon’s surface. A photo was sent to the Queqiao satellite, which will relay communications to controllers on Earth.

The probe reportedly landed in the South Pole-Aitken basin, the oldest, largest, and deepest crater on the moon’s surface. The moon’s dark side remains largely unexplored because its position shields it from radio frequencies, preventing direct contact with the Earth.

One part of Chang’e 4’s mission is to perform several experiments while on the moon, including testing whether the low-gravity environment will support plantlife. In addition, the probe will explore the poles to search for water sources.

China has not long been in the competition to explore space, particularly in comparison to the United States and Russia, but as with many Chinese industries they have advanced in leaps and bounds in a short space of time.

Like the U.S. and Russia, China successfully landed another rover on the moon in 2013, but the Chang’e-4 is the first to settle down on the side of the moon that perpetually faces away from the Earth.

“This space mission shows that China has reached the advanced world-class level in deep space exploration,” said Zhu Menghua, a professor at the Macau University of Science and Technology who has worked closely with the Chinese space agency, according to a report in The New York Times. “We Chinese people have done something that the Americans have not dared try,” he added.

It seems that China is determined to lead the world in space exploration, emphasized by its plans to launch a Mars probe in 2020 to collect samples from the surface of the Red Planet. It has also been widely reported that it seeks to launch a permanent space station into orbit by 2022.