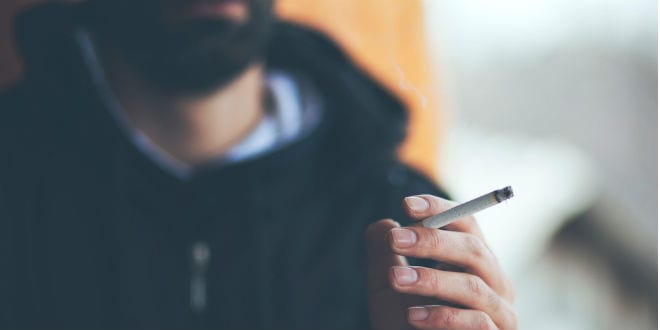 After years of falling behind most Western – and even developing – countries in the war against tobacco, Israel is finally moving in the right direction, even though there are more battles ahead. It is certainly overdue, as 8,000 Israelis on average die each year from actual or passive smoking – a much higher death toll than road accidents, terrorism and war combined.

Around 20% of Israeli adults smoke; the rate is significantly higher among men in general, Arab men and ultra-Orthodox Jewish men. By comparison, in US, the average smoking rate is dropping below 15%, and smokers are regarded by many as being is considered as anything between unfashionable to antisocial to foolish.

After lobbyists for tobacco companies, newspapers and other vested interests jousted in the Knesset, the parliament’s Economics Committee has finally approved for the second and third reading a bill that will restrict marketing and advertising of tobacco.

At the initiative of committee chairman MK Eitan Cabel, MK Yehudah Glick and MK Eyal Ben-Reuven, who called it “historic,” the bill is due to be passed on its final reading in the Knesset plenum. It will take about six months to go into effect.

The bill, which has been debated for months, includes prohibitions on tobacco advertising except in newspapers and other printed publications; cigarette packets and packages will have to use uniform, plain packaging using an ugly green-brownish color, without distinctive graphics and only different product names and health warnings (these will have to cover 65% of the surface area instead of the current 30%); and bans on displays in kiosks and regular and duty-free stores. increase the warning area on cigarette packs from 30% today to 65%. The amount of addictive nicotine in electronic cigarettes will be limited. A fine of NIS 450,000 will be set against violators.

MK Glick said dramatically during each hour of the hearings, two more Israelis died of the effects of smoking.

Enforcement of current Israeli no-smoking laws going back even before 1983 is very poor. Few municipalities and local authorities hand out a significant number of NIS1,000 to violators.

The Health Ministry praised the legislation, saying that Deputy Health Minister MK Ya’acov Litzman supported it. “This is in fact the most advanced legislation in Israel regarding smoking,” said the ministry spokesman. “Smoking kills, and the Health Ministry continues to lead the fight against smoking in all its forms. I congratulate MK Eitan Cabel for conducting the discussions professionally and with dedication, and the professionals in the ministry for their consistent work for the health of Israeli citizens. The latest data indicate a decrease in the rate of smoking in Israel. I hope and believe that with the implementation of the new law, the trend will continue and grow stronger.

Health Ministry director-general Moshe Bar Siman Tov added: “Today, we took a giant step in the fight against smoking and placed Israel at the forefront of the advanced countries in the legislative measures against smoking.”

However, Litzman has long opposed the prohibition of tobacco advertising in the printed press. His critics have blamed the fact that he is the patron of Hamodia, the Hasidic ultra-Orthodox daily that regularly prints tobacco ads. In addition, Litzman has rejected the recommendations of his professional public health experts that tobacco products be forced to display graphic warnings of dirty lungs and teeth to deter young people from smoking. The deputy health minister argued that such images are “not esthetic” (lung cancer is also “not esthetic) and even suggested putting pictures of Jerusalem on cigarette packets.

The horrors of the First World War led to a great rise in smoking and by 1919 cigarette smoking was by far the most popular form. Initially it was only men who smoked, but by the 1920s it also became acceptable for women to follow suit, according to a 2014 article in the journal Cancer Epidemiology, Biomarkers and Prevention.

“In the early 1950s, evidence implicating smoking as a cause of lung cancer began to appear more frequently in medical journals and the popular American press. In the mid-1960s, it was still common to see physicians, sports stars, radio, movie and TV celebrities and journalists smoking or advertising different cigarette brands. Some doctors, well paid by tobacco companies, even recommended smoking as an aid to concentration and relaxation.”

The article continued that “in October 2000, Philip Morris on its website acknowledged ‘an overwhelming medical and scientific consensus that cigarette smoking causes lung cancer, heart disease, emphysema and other serious disease in smokers.’ Today, all of the major tobacco companies have websites acknowledging that smoking is a cause of disease and that smoking is addictive. Yet none of these companies has ever admitted that millions of people have died as a result of smoking their products or that addiction to nicotine can cause death.”

Realizing that their longest-paying customers were dying out or kicking the habit and young people had begun to realize that the product threatened to kill them, tobacco companies have spent years and billions of dollars trying to develop “smokeless” vaping and heated-tobacco products. But these have not been proven to be less dangerous than the long-standing products.

Asked to comment, Dr. Laura Rosen, associate professor in the department of health promotion in the School of Public Health in Tel Aviv University’s Sackler Faculty of Medicine said that the bill about to become law “represents  a major step forward in tobacco control. It includes prohibitions on advertising except for in the print press, plain packaging, and display bans, among other important measures. These are all critical measures for governments to take…Other important measures that are not included in the current bill but that are also critical include raising the age of tobacco sales from 18 to 21, raising taxeson roll-your-own cigarettes and a total prohibition on all forms of advertising, and graphic warnings.”

The Israeli government, urged Rosen, “should advance all of these measures as quickly as possible to prevent youth and young adults from joining the cycle of tobacco addiction, aid current smokers in their often-difficult personal battles to quit smoking and protect innocent non-smokers from the harms of tobacco smoke exposure. These measures, individually and combined, will contribute to saving thousands of lives of Israelis alive today.”

The Israel Cancer Association called the legislation an advanced law but imperfect one that will help curb the aggressive and worrisome marketing of addictive and often addictive products among young people and youth, thereby contributing decisively to reducing the number-one cause of death in the world that can be prevented.

Smoking is a social norm that causes many cancers and shortens life expectancy by at least 10 years.”