A Biblical Diet for the Nations

Home » A Biblical Diet for the Nations 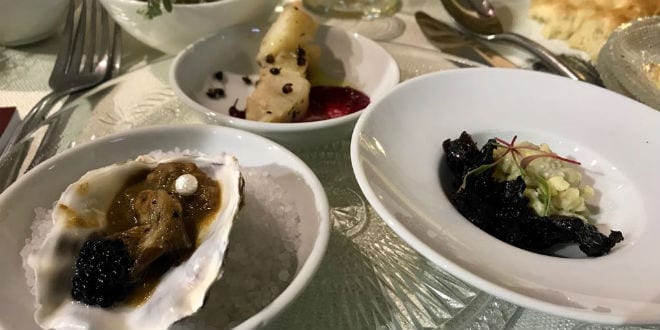 The most persistent myth about kosher food is that it was “blessed by a rabbi.” In truth, any Jewish person conversant with Jewish law can create a fully kosher meal. There is no part of the process of producing kosher food that specifically requires a rabbi’s involvement.

On the other hand, it is true that, among other things, kosher food laws prohibit the consumption of pork and shellfish, requirements that are clearly stated in the Bible.

And the swine — although it has true hoofs, with the hoofs cleft through, it does not chew the cud: it is unclean for you. Leviticus 11:7

But anything in the seas or in the streams that has no fins and scales, among all the swarming things of the water and among all the other living creatures that are in the water—they are an abomination for you Leviticus 11:10

Because of the clear Biblical directive regarding avoiding pork and shellfish, some Biblically faithful non-Jews observe diets they call Biblically clean or Biblically kosher.

Breaking Israel News spoke with five people who eat this way. We asked them to speak about how their understanding of the Bible has influenced their diets.

Tom Washburn lives with his family in rural Tennessee. Raised in “a good Christian home,” he told Breaking Israel News that, 25 years ago, after a period of deep Bible study, he and his wife Annie changed the way they ate and began observing a range of other Biblical laws and feasts.

“We believe that we should observe and obey the commandments we find in Scripture. I should probably clarify that we do not follow the Jewish kosher laws. Although we do not eat any pork in any form, our home would not be considered kosher. For example, I will eat meat and cheese together, because I don’t find the prohibition in Scripture,” he explained.

Living in rural Tennessee, Washburn is no stranger to hunting. “We slaughter a lamb for every Passover and have been doing so for about 25 years. We have also slaughtered goats and lambs on other occasions, sometimes for a Rosh Chodesh (celebrating the beginning of a new Hebrew month) get-together or just for food.

“My wife will soak the meat, usually in vinegar, and it gets as much blood out as we can. I understand how kosher laws came about. The Scriptures tell us what to eat and what not to eat, but they are not clear on how to do this or that exactly. There are principles that we try to adhere by. We don’t purposely eat blood. We try to get out as much as we can,” he described.

“I am aware of quite a bit of [how Jews are required to eat], but we do not follow all the laws of kosher. Our belief, right now, is that we should obey what is written in the Five Books of Moses, not necessarily in the ‘Oral Torah.’”

Washburn is referring to one of the key differences between a Biblically-faithful person from the Nations and a religious Jew. To a Torah-observant Jew, the Bible cannot be correctly understood, much less fully observed, without the Oral law. Torah-observant Jews believe the Oral law includes those laws that were given by God to Moses on Mt. Sinai at the same time as the Five Books of Moses was given. In Hebrew, these laws are called Halachah L’Moshe M’Sinai.

Lisa Girouard from Cedar Park, Texas also looks to the Bible exclusively for guidance about her food choices. “My understanding of the Bible has caused me to eat according to Leviticus 11:1-23 and Deuteronomy 14:3-21. I do not eat pork or shellfish or any of the other things listed in those chapters. I believe this instruction from God tells us what He made that is food for man to eat, and what is not for food.”

However, unlike the Washburns, who discovered a Biblically clean diet after a period of study, Girouard said, “I have been eating this way all my life. My parents taught me this from the Bible. When I married my husband, although he was raised Catholic and grew up eating everything, when he was around 24, he started studying the Bible and came to the same conclusions, so when we met in college he was already eating the same way.

“We raised our three children eating according to Torah and two of our married children and three grandchildren eat the same as we do. Also all the people we fellowship with on Shabbat eat this way, about 30-60 people every week, so our potlucks are ‘clean’.

“I believe the Bible, the teachings of clean and unclean foods, not eating blood or animals dying of their own accord as instructed in Torah, are for all Christians to follow. I think it is for all mankind.”

Like Washburn, Girouard is aware that, based on Exodus 23:19, Torah-observant Jews don’t eat meat and milk together. Her understanding is that she is obligated only in the literal meaning of the prohibition.

The choice first fruits of your soil you shall bring to the house of Hashem your God. You shall not boil a kid in its mother’s milk. Exodus 23:19

She does, however, “believe that we should follow the instructions in Leviticus 17:14-15 and not eat the blood of the animal, nor eat an animal that has died on its own or that was killed by another animal.”

For Dr. Patricia Duke from Tampa, FL, eating Biblically clean began in the late 1990s, coinciding with her understanding that “it truly did make a difference which day I kept as the Sabbath. I had read of all the dietary laws in the Original Covenant but thought them only applicable to the Jewish people. Little did I know I would soon discover how wrong I was!”

Inspired by a book that described the unclean habits of shrimp and pigs, she began to look more deeply at “the dietary laws in Leviticus, Exodus and Deuteronomy. From there I launched into intense research of the function of each unclean animal to find out why God would say not to eat them.

“At the end of my research journey, I was convinced that God had a specific purpose in creating each species of animal. I discovered the key of what to eat or what not to eat is what He considers food, not in what we humans consider as food. I came to realize that since God made my body, He certainly knew what food was best for me to eat.

“I concluded that the dietary laws are still valid today because He is the same yesterday, today and tomorrow, so I eliminated eating anything unclean from my diet. When I was growing up eating [Biblically prohibited foods] was just what we did. I used to like the taste of these ‘forbidden foods’. Now, just the thought of eating them is repulsive to me.”

Similarly, for Lori Hinze of Austin, Texas, the shift in her diet began in 2011 when she began “really studying the first five books of the Bible, Genesis-Deuteronomy, The Torah.

“This single issue has been one of the most pivotal paradigm shifts in my understanding and personal application of the whole Bible. As my understanding of Biblical principals grew, I realized that God does not change, leaving me with a choice to make. Was I going to obey Him or not? It became crystal clear that because He loves us, He gave us instructions on how to live and this includes what we should not eat.

“Even more, I came to understand a bigger picture. From mankind’s very first act of rebellion to the prophecy of the Messianic Era, eating is the action that disconnects or connects us to God in the most powerful of ways. From daily rituals to Biblical festivals, eating is such an intricate part of living an observant Biblical lifestyle. Food goes beyond nourishment, it is an act of worship or rebellion.

“From a Christian perspective, I personally believe God’s instruction is for mankind’s benefit and if I truly want to please and obey the greatest commandment, to love God with all my heart, soul and might, why would I want to go against Him and defile His call to holy and righteous living? The Bible teaches us to live a life set apart from the pagan world. It’s a process, one that requires thoughtful truth-seeking and willingness to look at the whole Bible as our guide for living.”

Hinze has taken her commitment to eating Biblically clean and her professional fascination with food, which includes training as a “classical French-trained chef in New York City where bacon is king,” and created a business called A Taste of Israel.

“From global kosher gastronomy to award-winning wines from vineyards that have come alive again after 2000+ years, the culinary scene in Israel is miraculous and mind blowing.,” Hinze enthused. “The return of the Jewish people to the land of Israel is fulfillment of prophecy which is why I say, in Israel, prophecy is edible. I now host Biblical Food and Wine Tours to Israel and host a Youtube channel where I share insights on the spirituality of food and wine.”

Like Hinze, Greg Cornelius of Ellijay, Georgia has spun his personal commitment to a Biblical diet into something more. Cornelius has a Facebook profile under the name Torah Chef, where he shares “clean recipes and ideas, and hopefully opening up to greater dialogue and study.”

Cornelius explained, “I follow Scriptural instructions as best as I can read and comprehend them. Mostly vegetables, clean fish, poultry, ruminants, game birds, fruit, grain, seeds etc. I abstain from pork, shellfish, and the other ‘critters’ mostly described in Leviticus and Deuteronomy. I tend to worry less about certifications and additional comprehensions unless I can point it to Scripture.”

Cornelius is referring to to the system of kosher certification upon which Torah-observant Jews rely when purchasing food. These certifications, of which there are dozens worldwide, assure the purchaser that the food is suitable for consumption by a kosher consumer.

Like others, his journey started with researching God’s Word for himself. “I came to the realization that there really was no abolishment of what we should all clearly see as [God’s] perfect and permanent instructions. Fortunately my wife and I figured it out together, so our nuclear family all were eating clean. My extended family and friends learned to respect it and even agree, but most still eat what they like. We’ve made many new friends since that also eat clean.

“I absolutely think Christians should strive to follow the Father’s instructions. The greatest commandment is to love God with all of your heart, so it would only make sense to follow His instructions.”

Cornelius is a professional chef, so his Biblical lifestyle “certainly opens up quite a bit of dialogue. I’m not ‘preachy’, but answer honestly why I abstain and prefer certain foods. I am also much more cognizant of what we use as ingredients.

“I happen to be in the deep South, where bacon, shrimp and catfish are part of the food culture, so there lies a challenge from the customer base. Fortunately people love great food, which is quite easy to do with great clean ingredients.”