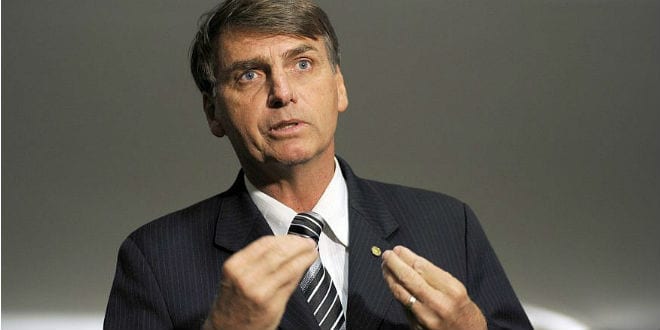 The symbolic victory against Hamas at the U.N. General Assembly on Thursday, in which 87 nations supported a draft resolution condemning Hamas, marked another milestone: Brazil took an unprecedented step by siding with Israel and the United States.

The U.S.-sponsored text would have for the first time condemned the Islamic terrorist group Hamas, which controls Gaza. Although it won a plurality of votes in the assembly, it failed to win the required two-thirds majority.

Eduardo Bolsonaro, the son of Brazil’s president-elect Jair Bolsonaro and a member of the national parliament, tweeted: “This is the first time Brazil votes in favor of Israel and against the terrorist groups, this is a victory! Brazil will no longer be a diplomatic dwarf.”

Bolsonaro said that this new diplomatic posture was a result of his father’s statements and the efforts behind the scenes to influence the country’s foreign policy in the transition period (Bolsonaro is set to take office in January 2019).

A month ago, the president-elect said that his incoming administration will depart from Brasília’s pro-Palestinian stance.

He further said that it would recognize Jerusalem as Israel’s capital and that Israel “can count on having our vote in the U.N.” He added: “I know that often the vote is almost symbolic, but it helps to define the position a country intends to take. Rest assured that you can depend on our vote in the U.N. on almost all the issues having to do with Israel.”

After Thursday’s vote, the incoming president tweeted a picture of himself on the Mount of Olives in Jerusalem, with the caption “Good Night Everyone!”

Bolsonaro ran as an anti-establishment candidate who would take Brazil on a new path, including on foreign policy. His latest pro-Israeli statements can be credited, in part, to the work of Israeli Ambassador to Brazil Yossi Shelley.