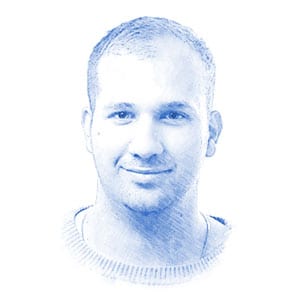 When Hezbollah released a propaganda video on Dec. 1, showing what looked like Google Earth satellite images of sensitive targets inside Israel, its goal was clear: to deter Israel from striking in Lebanon.

The targets shown in Hezbollah’s video included strategic locations, such as the Israel Defense Forces Headquarters in central Tel Aviv, and air bases. The coordinates of the targets also flashed across the video.

These locations are certainly in the range of Hezbollah’s long-range rockets and missiles, which Hezbollah has been amassing over time with the help of its state backer, Iran.

The video also featured a speech by Hezbollah chief Hassan Nasrallah, in which he warned that his organization “will respond” if Israel hits targets in Lebanon.

The key word here is “if.” This is the language of deterrence, designed to influence the actions of an adversary. In this case, the video’s target audience appears to be the Israeli security cabinet and the IDF General Staff. So why did Hezbollah feel the need to deter Israel now?

The video reflects a deep concern by Hezbollah over the prospect that Israel is weighing strikes in Lebanon. If this is the case, Hezbollah and its Iranian patron would certainly know why Israel would need to do so.

On December 3, Israel’s Channel 2 News quoted Prime Minister Netanyahu as passing on a warning to Lebanon, during a meeting he held in Brussels with U.S. Secretary of State Mike Pompeo. The report cited the prime minister as telling Lebanon to get Hezbollah to stop its latest activities, or Israel will be forced to act.

According to the Israeli Intelli Times blog, the cargo likely contained precision parts for guided missiles. The plane’s cargo may have been moved to underground missile factories in Beirut, including one situated near the Rafiq Hariri International Airport.

If this activity is indeed taking place, it represents an encroachment of an Israeli red line against the force buildup of its most dangerous neighboring enemy, Hezbollah.

Guided missiles represent a far more severe threat to the Israeli home front that unguided rockets. The Israeli defense establishment has repeatedly warned in recent months that it will not tolerate a violation of this line.

In September, the IDF Spokesman Unit took the unusual step of releasing satellite imagery of underground missile factories in Beirut, after Israeli Prime Minister Netanyahu uncovered their existence during a speech to the U.N. General Assembly.

These steps represent an Israeli media campaign of deterrence, transmitting the message to Hezbollah and Iran that if they do not cease their activities, they will provoke strikes.

Such considerations may well have also caused Israel’s defense chiefs to recommend to the security cabinet to put on hold any potential large-scale military action against Hamas in Gaza in November. Dealing with one front is always preferable to dealing with two.

Hezbollah may have interpreted that strike as another signal of Israel’s determination to enforce its red lines, increasing its concern over what may come next.

Israel and Hezbollah have been messaging one another over their red lines for years.

The last known reported Israeli strike in Lebanon, or close to it, came in April 2014, when an arms convoy was hit on the Syrian-Lebanese border. In retaliation, Hezbollah set off border bombs near IDF vehicles operating on the Shebaa Farms, on the Israeli-Lebanese border.

In subsequent statements, Nasrallah made it clear that unlike strikes in Syria, Hezbollah will feel compelled to retaliate quickly against any Israeli strikes inside Lebanon. Syria is one thing, but Lebanon is off-limits, his message indicated.

The ball is now in Tehran’s, Hezbollah’s court

It appears as if an unofficial Israeli-Hezbollah “agreement” has since held firm, keeping Lebanon out of the shadow war raging between the Iranian axis and Israel.

But that understanding now appears to be in jeopardy, as Iran raises the stakes and steps up its attempts to build guided missile factories on Lebanese soil. Israel’s warnings, in various forms, are all aimed at getting the Iranians and their proxy to stop in time before their activities provoke a chain reaction that could lead to a major escalation.

For Israel, the logic of continuing in this shadow war is compelling.

Iran is intent on building bases of attack in Lebanon and Syria to threaten the Jewish state. At the same time, Iran has not given up on its long-term goal of gaining nuclear weapons. If Israel does nothing, it will find itself encircled by Iranian remote-controlled war machines, which Iran can threaten to activate at any time or use to begin to attack Israel.

Because of Israel’s extensive preventative actions, Iran has not succeeded in converting Syria into its military base. Now, Israel is intent on enforcing red lines in Lebanon, too.

Hezbollah has been focused on trying to build up its precision firepower since 2016, while also working on increasing the size of its warheads. The Shi’ite Lebanese organization already possesses dozens, if not more, of ballistic missiles known as Fatah 110.

The ball is now in the court of Tehran and Hezbollah.

If they choose to disregard Israel’s warning, they could drag Lebanon and the region into unchartered territory. This message was reinforced by the IDF’s Arabic-language spokesman, who, in response to Hezbollah’s video, posted a video of the late Libyan dictator Moammar Qaddafi saying: “If you live in a glass house, you should be careful about throwing stones.”