US Offers $5 Million for Capture of Key Hamas, Hezbollah Leaders 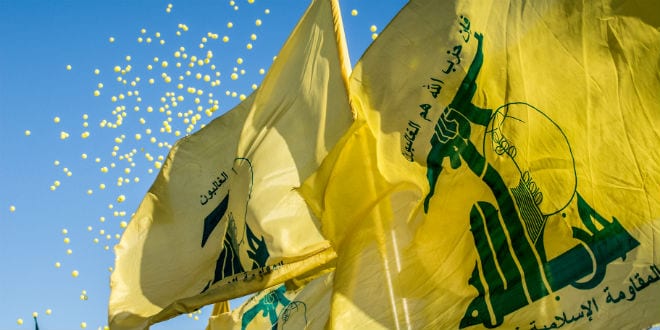 The U.S. Department of State announced on Tuesday rewards of up to $5 million each for information or identification leading to the capture of the following terrorist figures: Hamas leader Saleh al-Aruri, and Hezbollah leaders Khalil Yusif Mahmoud Harb and Haytham ‘Ali Tabataba’i.

Aruri is a deputy of Hamas’s political bureau and a founder of the group’s military wing, the Izzedine al-Qassam Brigades.

He is currently living “freely in Lebanon, where he reportedly is working with Qasem Soleimani, leader of the Iranian Islamic Revolutionary Guard Corps’ Quds Force. Aruri funded and directed Hamas military operations in the West Bank and has been linked to several terrorist attacks, hijackings, and kidnappings,” according to the State Department.

“Our country is not immune. In 2011, the Qods Force allegedly was involved in a plan to assassinate the Saudi Ambassador to the United States at a restaurant in Georgetown,” Nathan Sales, ambassador-at-large and coordinator for counter-terrorism told the Washington Institute for Near East Policy on Tuesday. “And just this past August, the FBI arrested two people for allegedly surveilling Bah’ai and Jewish facilities in the United States. They’re also suspected of collecting information about Americans who belong to an Iranian opposition group.”

Harb is a close adviser to Hezbollah leader Hassan Nasrallah, and has served as the organization’s chief military liaison to Iran and to Palestinian terrorist groups. He has commanded and supervised Hezbollah’s military actions in the Palestinian territories and in several Middle Eastern countries.

The State Department on Tuesday also officially designated Nasrallah’s son, Jawad, along with the Al-Mujahidim Brigades, as terrorists, subjecting them to the toughest sanctions.

Tabataba’i is a crucial Hezbollah military leader and has commanded Hezbollah’s special forces in both Yemen and Syria. Tabataba’i’s actions in those places “are part of a larger Hezbollah effort to provide training, materiel and personnel in support of its destabilizing regional activities,” according to the State Department.

“Hamas and Hezbollah receive weapons, training, and funding from Iran, which the Secretary of State has designated as a state sponsor of terrorism,” read the statement by the US Department of State, adding that both groups were designated as Foreign Terrorist Organizations (FTOs) in October 1997 and as Specially Designated Global Terrorist (SDGT) entities in October 2001.