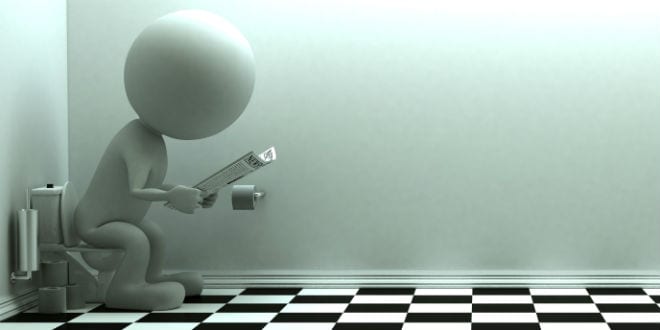 The Bible is not shy about discussing unmentionable, unpleasant and embarrassing subjects, even what to do with human excrement. Strict rules of Jewish law address all aspects of everyday life including public sanitation and personal hygiene. These rules are very important in Jewish practices, demanding a high standard of public health required of leaders as well as the individual.

Yet thousands of years after these words were uttered, 4.5 billion people around the world live without a safe toilet, according to the World Health Organization (WHO). This means that human feces – on a massive scale – go directly into the environment without treatment on a massive scale, is not being captured or treated, thus contaminating the water and soil that sustain human life.

“We are turning our environment into an open sewer,” states the WHO, which even designated November 19th as World Toilet Day to raise government and public awareness of the need to build toilet facilities and sanitation systems that work in harmony with ecosystems. The annual event targets nature-based solutions to the world’s sanitation needs.

Excrement is not only something to get rid of safely; it can also be used to benefit mankind by offering a way to meet growing energy needs.
Israeli researchers have found a way to use raw human excrement to benefit humans without spreading microbes that naturally exists in it and harming the environment. Heating raw human excrement could provide a solution, according to scientists at Ben Gurion University’s (BGU) Zuckerberg Institute for Water Research in the Negev.

For the first time, a pilot study has demonstrated that raw human excrement can potentially be converted to a safe, reusable fuel (biomass) and a nutrient rich fertilizer, thus addressing two major worldwide issues of sanitation and fuel for energy. The findings were just published in the Journal of Cleaner Production and announced in time for World Toilet Day.
“Poor sanitation due to improper treatment of human excreta and energy scarcity are global problems with only partial solutions. Thus, feasible conversion of human excreta into safe, reusable ‘products’ and renewable energy could be advantageous,” they wrote in the article.

While access to waste treatment worldwide has expanded significantly in recent years, some 2.3 billion people still lack basic sanitation services. This includes 892 million people – mostly in rural areas – who defecate in the open. The Bill and Melinda Gates Foundation sees sanitation as a major world health issue and has set the “Reinvent the Toilet Challenge” to address this problem.

“Human excreta are considered hazardous due to their potential to transmit disease,” said Prof. Amit Gross, who is the newly appointed dean of the Zuckerberg Institute. While it is rich in organic matter, nutrients such as nitrogen, phosphorus and potassium, human waste also contains micro pollutants from pharmaceuticals, which can lead to environmental problems if not disposed or reused properly.

Energy scarcity is also a challenge in these areas. About two billion people worldwide use solid biomass, especially wood, which is converted into charcoal, and then used for cooking and heating. But these practices also leave a footprint on the environment – air pollution, greenhouse gas emissions, deforestation and soil erosion. “By treating human waste properly, we can address both of these issues at once,” Gross added.

In the pilot and laboratory study, the researchers subjected the raw waste material through HTC to three temperatures (180, 210 and 240 °C) and reaction times (30, 60 and 120 minutes.). The solids become dehydrated, creating the hydrochar, a combustible solid, as well as a nutrient-rich aqueous (liquid) phase.

The researchers, who included doctoral candidates Reut Yahav Spitzer and Vivian Mau, also said the reaction that creates the hydrochars sterilizes the waste material, so it becomes safe to handle. The “coals” can potentially be utilized for household heating and cooking, while the liquid byproduct can be used as liquid fertilizer.

While feasting on turkeys at Thanksgiving is an age-old custom, the poultry’s excrement was shown by Gross and his colleagues in 2017 to have a potential as a fuel for heat and electricity.
They believe this treated excrement could replace about 10% of the coal used in generating electricity, thus reducing greenhouse gases and providing an alternative energy source. Their study was published in the journal Applied Energy.

“Poultry waste hydrochar generates heat at high temperatures and combusts in a similar manner to coal, an important factor in replacing it as renewable energy source.”
The Zuckerberg Institute for Water Research, founded in 2002 within BGU’s Jacob Blaustein Institutes for Desert Research at the Sde Boker campus, is Israel’s largest and leading water institute. Its researchers conduct interdisciplinary, cutting-edge research and graduate education in water sciences, aimed at improving human well-being through technologies and policies for sustainable use of water resources.

World-renowned Zuckerberg researchers are focused on desalination technologies and groundwater production, water quality and microbiology, as well as water resource economics and management. Zuckerberg graduate programs attract students from all corners of the world who are involved in research projects and collaborations in both developed and underdeveloped countries. The institute was named for New York philanthropist Roy J. Zuckerberg.