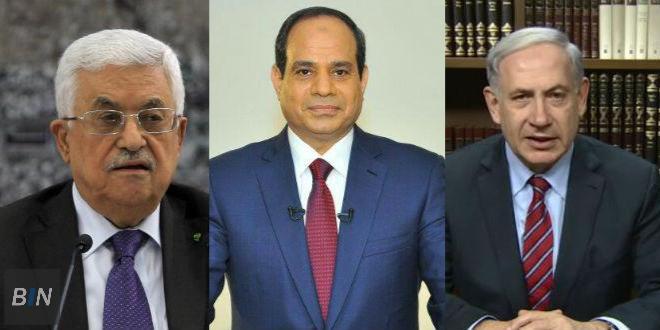 On Saturday, a Hamas-affiliated media released a draft of what they claim is a ceasefire agreement between Israel and Hamas. If such an agreement is signed, it could theoretically end the hostilities on Israel’s southern border.

On Saturday,  Egyptian President Abdel Fattah al-Sisi met with Palestinian President Mahmoud Abbas in Sharm el-Sheikh as part of Egypt’s efforts to negotiate a ceasefire between Hamas and Israel.

Y-Net reported a copy of an initial draft of the ceasefire agreement between Hamas and Israel. In exchange for Israeli concessions, the report said, Hamas will contain the ongoing violence on the border connected to the “March of Return” riots and punish violators. Egypt will work to lift 70 percent of the ongoing blockade of the Strip and Israel will give 5,000 work permits to Gaza residents.

Published in Hamas-affiliated Lebanese newspaper Al Akhbar on Saturday, the agreement included ten provisions, with every provision constituting a condition for the next one.

I signed by both sides, the agreement will be binding for three years. The ceasefire was also reported by Palestinian news, Al Quds, which described the agreement as an exchange of “quiet-for-quiet” and “staged incentives.”

“Sissi is pressuring [Abbas] to back the plan for calm by agreeing to pay salaries and to take the responsibility for Qatar passing funds to Hamas leaders in the Strip,” Yaari said.

“The next stage,” Yaari said, “is to for him to back [United Nations special coordinator for the Middle East peace process Nikolay] Mladenov’s plan for developing the infrastructure in the Strip because donor countries won’t be willing to give money directly to Hamas and need the Palestinian Authority as an intermediary.”

Abbas is buying the deal since it may be a way for him to regain power in Gaza.