Brazil’s President-Elect Bolsonaro: We will Move Our Embassy To Jerusalem

Home » Brazil’s President-Elect Bolsonaro: We will Move Our Embassy To Jerusalem 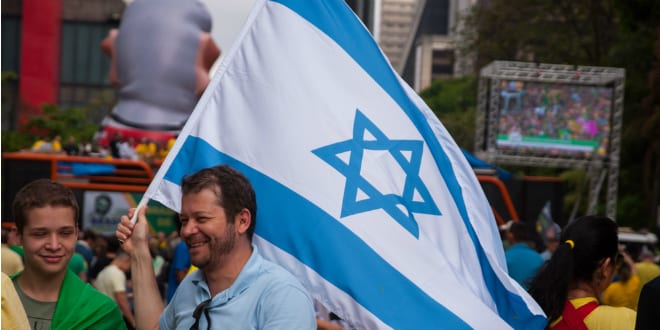 Brazil’s president-elect Jair Bolsonaro said Thursday that he would follow up on his election campaign promise to move Brazil’s embassy in Israel from Tel Aviv to Jerusalem.

“As previously stated during our campaign, we intend to transfer the Brazilian Embassy from Tel-Aviv to Jerusalem. Israel is a sovereign state and we shall duly respect that,” Bolsonaro tweeted.

Prime Minister Binyamin Netanyahu welcomed the statement, saying “I congratulate my friend Brazilian President-Elect, Jair Bolsonaro, for his intention to move the Brazilian Embassy to Jerusalem, a historic, correct and exciting step!”

Bolsonaro’s statements are a marked change in policy from those of previous Brazilian governments which have taken a strong pro-Palestinian stance. In 2016, the Palestinian Authority opened an embassy in Brasilia, amid a diplomatic spat between Israel and Brazil over the appointment of former settler  Dani Dayan, who once chaired the settler movement in Israel, as Israel’s next ambassador.

Earlier this week, Netanyahu spoke by telephone with Bolsonaro and congratulated him on his election. “I am certain that your election will lead to a great friendship between our peoples and the tightening of links between Brazil and Israel. We await your visit to Israel,” Netanyahu said.