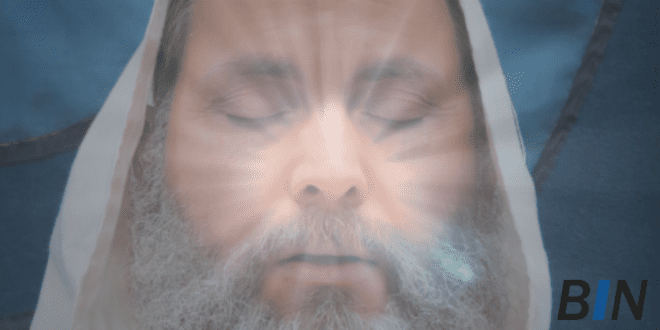 The mass murder in a Pittsburgh synagogue on during Shabbat services on Saturday has left the American nation and the Jewish people reeling, but rabbis assure that even this painful episode is an important stage in the ultimate and imminent redemption.

On Saturday morning, Robert Bowers entered the Tree of Life Synagogue in the Squirrel Hill suburb in the middle of Shabbat prayers. A brit milah (circumcision) of an eight-day-old infant was taking place in one section of the synagogue. Bowers did not come to join in the prayers or to celebrate the Covenant of Abraham. He entered the house of prayer armed with several guns and a desire to kill, yelling “all Jews must die.” He opened fire, killing eleven Jews and injuring six in what the Anti Defamation League (ADL) is calling the deadliest attack on the Jewish community in American history.

Rabbi Ben Artzi: Jews outside of Israel, save yourselves and your families!

On Friday, one day before the shooting, Rabbi Nir Ben Artzi, an Israeli mystic with a strong following, published his weekly online Torah teaching with a chilling addendum.

When asked, Rabbi Ben Artzi predicted that anti-Semitism in America will only get worse.

“Anti-Semitism is entirely in the open now,” Rabbi Ben Artzi told Breaking Israel News. “It is only going to get much greater in scale. It is already impossible to stop. We will see it more and more every day. Yesterday a man shot Jews with a gun. Tomorrow it could be a grenade or a shoulder-mounted missile.”

“The insanity and hatred for Jews are enormous and now that it is beginning to reveal itself, it won’t stop. The only solution for Jews outside of Israel is to immediately make aliyah to the Holy Land. Here is your protection.”

Rabbi Yosef Dayan: “Call it for what it is: hatred of the God of Israel”

Rabbi Yosef Dayan, a descendant of King David and member of the nascent Sanhedrin, was deeply disturbed by what he had seen in the media.

“Language is a powerful tool,” Rabbi Dayan told Breaking Israel News. “The world was created with words. We must be careful not to say that the Jews in Pittsburgh were killed. They were murdered. The murderer also believed in the power of words. He posted a statement on social media before he went out to murder the Jews. Some media are claiming that he yelled ‘Death to Jews’ when he entered the building. What he actually yelled was, ‘All Jews must die.’ This hatred will not be satisfied with the blood of just a few.”

Even so, the murder of eleven innocents – Jews cut down in the act of praying to the God of Abraham – is impossible to grasp.

“We cannot even attempt to understand why such a thing happened,” Rabbi Dayan said. He paraphrased Elie Wiesel who tried to answer this question in relation to the Holocaust. “It is difficult to understand how such a thing could happen if there is a God in heaven. But it is even more difficult to cope with this question if there is no God in heaven.”

The rabbi noted that Americans are embroiled in social media over issues concerning many forms of hate and prejudice: the #Metoo movement, Black Lives Matter, Islamophobia, rights for illegal immigrants and many others.

“But one form of hatred has slipped under the radar, undetected,” the rabbi said. “And when it is detected, it is not treated for what it is; the oldest and most deadly form of race hatred on the planet: Jew-hatred.”

The rabbi’s assessment is disturbingly accurate. A recent report by the ADL showed that anti-Semitic incidents in the US surged nearly 60% in 2017, the largest single-year increase on record.

“Politically, Jews are facing a double threat today,” Rabbi Dayan said. “We are threatened by the far right and the far left. Even though they are political opposites, their hatred has one common element: they hate the God of Israel and his Torah. This has always been the case throughout history.”

“This is a wake-up call for Jews in the exile to move to Israel,” Rabbi Dayan said. “It is not enough to learn about Israel or to say on Passover ‘Next year in Jerusalem.’ Jews are required to act, and the most important thing for a Jew to do is to live in Israel.”

Rabbi Yosef Berger: It is time to take Messiah seriously

When he heard of the horrendous shooting, Rabbi Yosef Berger, the rabbi of King David’s Tomb on Mount Zion, sought for clues to understand the event in the Torah portion they were reading in the synagogue at the time of the shooting. The weekly portion dealt with Abraham and Sarah being informed that they were soon to be parents, despite their advanced years. Sarah laughed, for which she was rebuked by God.

Then Hashem said to Avraham, “Why did Sara laugh, saying, ‘Shall I in truth bear a child, old as I am?’ Is anything too wondrous for Hashem? I will return to you at the same season next year, and Sara shall have a son.” (Genesis 18: 12-13)

Rabbi Berger cited a commentary on the verse written by Rabbi Yisrael Meir Kagan, known as the Chofetz Chaim.

“It is not nice to tell this part of the story every year,” Rabbi Berger said to Breaking Israel News. “It makes Sarah look bad, like she has no Emunah (belief).”

Rabbi Berger emphasized that there was an important lesson to be learned in this story, important enough to justify telling it every year.

“We know that there will be advance warning, signs that will show us the geula (redemption) is imminent,” Rabbi Berger said. “But the Chofetz Chaim taught that we see from Sara that even if an angel of God comes to tell us that Hashem (God, literally ‘the name’) is going to save us, even the most righteous people will laugh and not take it seriously.”

“We are living in an amazing era,” Rabbi Berger said. “Signs of geula are coming faster and faster every day. But there are so many who say, ‘We’ve seen that before. We’ve heard it all before. This is nothing different.’ So they don’t even take the first step to get ready for Messiah. They even laugh at the idea, just like Sarah.”

“And then when the Messiah comes, he will hold them liable for laughing, for not taking the signs seriously. Like Sarah, they will try to say that they did not laugh, that they took the signs for Messiah seriously.”

“It is time to take Messiah seriously. Can it possibly be more clear that the Jews outside of Israel need to come home?” Rabbi Berger asked rhetorically. “All of the major rabbis agree that we are in the days before the Messiah.”

Rabbi Berger cited his father, Rabbi Shalom Berger who, as the spiritual leader of the Mishkoltz sect of Hasidism, has thousands of followers.

“My father told me to get the word out, to tell people that the Messiah is coming and they need to prepare,” Rabbi Berger said, also citing Rabbi Chaim Kanievsky who, as one of the most prominent Torah leaders of the generation, has stated on many occasions that the Messiah is imminent.

Rabbi Pinchas Winston: Tragedy giving us a heart of flesh

Rabbi Pinchas Winston, a prominent teacher and end-of-days author, noted that horrifying events like the one on Saturday are becoming more commonplace.

“In these days directly preceding the Messiah, there are no fence-sitters,” Rabbi Winston told Breaking Israel News. “Everyday events reflect this, becoming even more extreme, pushing people to one extreme or another. This is because Hashem wants to see where you stand.”

“I have seen so many people reacting in the extreme, turning this into a political game,” Rabbi Winston said. “The only way they can do this is to become inured to tragedies, so much so that they can treat mass shootings as part of a political agenda.”

The rabbi suggested processing the event in a way that would help bring the Messiah even closer.

“The real tikkun (fixing) is to resensitize ourselves so that we will be open to what is coming next; Moshiach (Messiah),” Rabbi Winston said. He emphasized that becoming sensitized in preparation for Messiah was explicitly described in prophecy.

And I will give you a new heart and put a new spirit into you: I will remove the heart of stone from your body and give you a heart of flesh. (Ezekiel 36:26)

Woman of Valor: “If I am going to die for the crime of being Jewish, I’d rather it be in my homeland.”

Daniella Levy lives in Tekoa, Gush Etzion but grew up near where the shooting took place. The shooting reinforced her belief that Jews should move to Israel.

“I spent most of my childhood in Pittsburgh, not far from where the shooting took place. My family made aliyah when I was nine,” Levy told Breaking Israel News. Levy was so agitated by the news of the shooting that she immediately wrote an article about it.

“I wrote the piece because the news about the shooting seemed to serve as a final and conclusive answer to the concern relatives and friends have had over the years about my safety living here in Israel. I know that in many ways, living in the US is easier and more comfortable, but if there were any illusions left about whether it is safer, I hope those have been shattered now.”

There have been several terror attacks in Gush Etzion, most recently the horrifying murder of Ari Fuld while shopping at the local supermarket.

“Sometimes people ask me if I’ve ever considered living somewhere safer,” Levy wrote. “My answer is usually three words, and the attack in Pittsburgh today really drives it home. ‘Nowhere is safe’.”

“I just can’t let that fear be the deciding factor when choosing where and how to live my life,” Levy wrote. “Jews have had reason to live in fear for thousands of years, in every place we’ve been. That hasn’t stopped us from becoming the most successful and influential minority in the history of humankind.

If I’m going to die for the crime of being Jewish, I’d rather it be in my historic homeland, where the national holidays are my holidays, where the national flag bears my symbol, where every hill and valley has a story from the Bible attached to it.”

“If I’m going to put my kids in danger by giving birth to them while Jewish, I’d rather it be in a place where they are not a persecuted minority; where the army and the police protecting them are composed of Jews and others who have chosen to throw their lot in with the Jewish people. A place where I believe they are most likely to live a rich, meaningful Jewish life.”