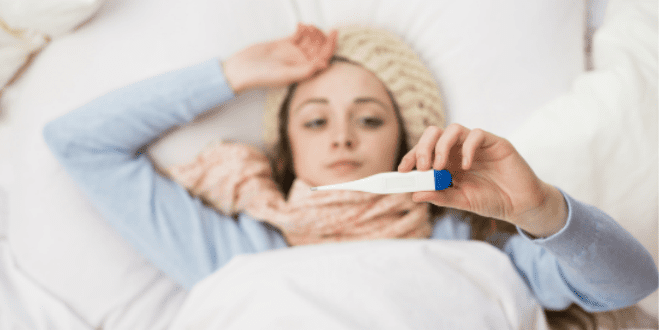 Flu season is coming to the northern hemisphere as autumn and winter are about to arrive. The Influenza vaccine recommended by the World Health Organization is the best way to risk complications that include pneumonia; inflammation of the heart (myocarditis), brain (encephalitis) or muscle (myositis, rhabdomyolysis) tissues; and multi-organ failure.

Flu shots do not protect people 100%; protection of those who have been immunized to avoid the flu despite exposure depends on age and physical condition. But even those who have been vaccinated and come down with the flu are much likely to have a milder case and to survive.

According to the US Centers for Disease Control, flu virus infection of the respiratory tract can also trigger an extreme inflammatory response in the body and lead to sepsis, the body’s life-threatening response to infection. Flu also can make chronic medical problems worse. For example, people with asthma may experience asthma attacks while they have flu, and people with chronic heart disease may experience a worsening of this condition triggered by flu.

Anyone can get sick with flu, even healthy people, and serious problems related to flu can occur at any age. But some people – including those over age 65, pregnant women, children under the age of five years and those of any age suffering from certain chronic conditions – are at high risk of developing serious flu-related complications if they get. Israel’s Health Ministry recommends flu shots for everybody above the age of six months old.

There is now good news: The US Centers for Disease Control (CDC), similar centers in Canada and Australia and Israel’s Clalit Health Services Research Institute have completed a joint study showing that flu shots reduced by 40 percent the average risk of pregnancy-related illness among pregnant women. This study of almost 20,000 pregnant women aged 18 to 50, just published in the journal Clinical Infectious Diseases, joins previous research showing that the vaccine reduces the risk of flu infections spread among pregnant women in a specific area.

According to Prof. Mark Katz of the research institute at Israel’s largest health maintenance organization, who led the study group in Israel, “Future mothers have a number of health and fetal-health challenges, one of which is avoidance of influenza. This is because the disease involves complications more frequently among pregnant women than their peers. Immunization is a relatively simple way to reduce and avoid complications of influenza among these women.”

The lack of data on how to prevent severe influenza-related outcomes in pregnant women, the authors noted, “has been a major challenge to maternal immunization policymaking.”

Researchers in the four countries retrospectively analyzed data of pregnant women who, over a period of six years, were hospitalized for respiratory illness. They found that two-fifths of the women who were vaccinated against the flu did not have to be hospitalized.

They also found that over 80% of the women had been exposed to the flu virus during their pregnancy; this is a very high figure. Influenza vaccination is effective in preventing hospitalizations among pregnant women with underlying diseases such as asthma and diabetes, which make them more susceptible to complications, said Katz. The teams also found that flu shots were equally effective throughout the three trimesters of pregnancy.

Prof. Ran Balicer, who heads the Clalit institute, concluded that the finding of a 40% reduction in hospitalizations during pregnancy “further strengthens the rationale for influenza vaccination programs for pregnant women. Another important reason for pregnant women to be immunized is the finding in past studies that getting the shot during pregnancy also helps protect the baby from infection for several months after birth until reaching the age of six months, at which the baby can be vaccinated against the flu.