Christians Around the World Pray for Return of Abducted IDF Soldiers 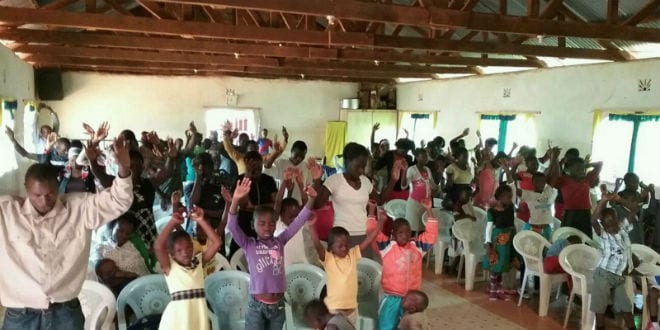 Thousands of Christians around the world prayed on Sunday, September 23  in congregations, churches, communities, and organizations for the return of  Lt. Hadar Goldin and Sgt.Oron Shaul – the IDF soldiers killed and abducted by Hamas during a humanitarian ceasefire on August 1, 2014, in the midst of Operation Protective Edge.

The international initiative has been promoted by the Goldin family that sent a petition in August to several Christian churches and organizations from various denominations around the world asking them to join the initiative ahead of the United Nations General Assembly meeting set for Tuesday, September  25.

The prayer began in Australia, the Philippines, Taiwan, and India, continued to Israel, Africa, Europe and ended in the United States, Costa Rica and Brazil.

In Israel, prayers were held at the Church of the Holy Sepulcher in Jerusalem, in a church in the Christian village of Fassuta in the Galilee and in the Greek Orthodox Church in Capernaum – the biblical village on the northern shore of the Sea of Galilee.

Also at the Christ Church in Jerusalem, close to Jaffa Gate in the Old City, Pastor David Pilgi led four prayers during the day in Hebrew and English in front of a sukkah that opened in the church.

According to Amit Barak, a consultant on relations between Israel and Christian world, the initiative was born out of the importance of the Christian world, as well as of the recognition that their influence in several countries is increasing

“Christians undoubtedly have an influence. Solidarity and human action have an important place in Christian theology, and the Christian world.” Barak told TPS.

“After the initial appeal was sent out we issued another appeal and every day [since] we have received requests from churches and other organizations who have continued to join, as well as requests from individual Christians,” he said.

A church in Houston, Texas (USA)  dedicated two trees in a memorial to Goldin and Oron, and a Christian organization in Germany held the prayer throughout Sunday singing verses from the Psalms (in German).

“We even received pictures and videos from believers and churches who did not inform us in advance,“ Barak said.

The first to join the initiative, Pastor Becky Keenan of the Gulf Meadows Church in Houston, Texas, said: “There are certain human conventions that are universal. The return of the bodies of those who fell after an armed conflict is one such moral act. The families deserve to give a proper burial of their loved ones. To hold back their remains for political manipulation is very obscene. We strongly support the International Day of Prayer and encourage decision-makers to quickly return Hadar Goldin and Oron Shaul.”

Pastor Kent Lerher of the Deerfield Presbyterian Church, New Jersey, said: “We were happy to join the prayers for Oron and Hadar. It would be great joy and relief if the effort of this prayer would bring a solution to the heartbreaking situation of the families.”

Michael Dirks, chairman of Friends of Israel Christians in Northern Germany said: “We have to stand by Israel in full solidarity. In word and deed, and of course in prayer. That is why we call upon all of Israel’s friends in northern Germany to join forces in prayer on September 23.”

Carmielin Ashkar and Elias Zarina of the Brit Achim Association and the Jerusalem Initiative added: “As Israeli Christians who encourage the recruitment of Christians and their integration into Israeli society, we saw great importance in joining the initiative together with our Christian brothers and sisters from all over the world.”