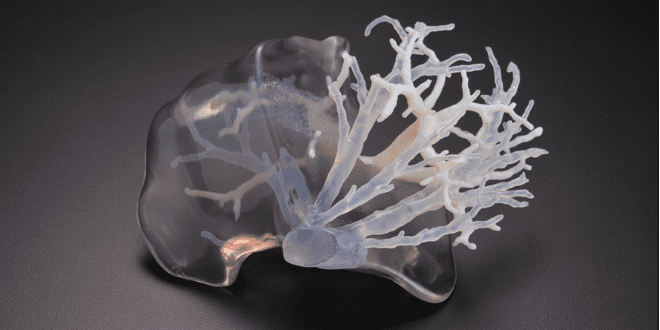 God created Adam, and then Eve, with perfect bodies. Thus He didn’t provide spare parts. But in recent decades, due to aging and people’s abuse of their own bodies because they are obese, smoke and do not exercise or eat properly, researchers have developed 3-dimensional (3D) printers to create some artificial parts to extend human life.

3D printing is based on “additive technology” in which layers of materials are gradually placed to create 3D objects. It’s a rapidly evolving field in the medical industry as well as in most sectors of our lives. Since there are different 3D printing techniques, the public and even physicians are confused about the differences between them.

Doctors in the department of oral and maxillofacial surgery at the Rambam Medical Center and at the Rappaport Faculty of Medicine at the Technion-Israel Institute of Technology in Haifa, Israel recently wrote an article in the Rambam Maimonides Medical Journal to explain the latest in 3D printing for medical uses.

The technologies are classified according to the basic material used to make the artificial parts – solid, liquid, and powder. The implants make it possible to accurately reconstruct parts and efficiently restore their function.

The technology, which started as a method used for rapid prototyping, was first patented by Charles Hull in 1984. Hull is considered the inventor of the stereolithography (SLA) method, which is based on solidifying layers of photopolymer resin. Historically, 3D printing was developed for industrial and engineering use.

Today, many people know that the technology exists. When applied in “personalized medicine,” 3D imaging is used for planning and creating solutions based on the physical structure of a specific tissue, the authors write.

Liquid-based printed implants are the oldest form and is based on an ultraviolet laser that polymerizes light-curable resin, with successive layers cured on top of each other.

The next type is based on solids for printing. In this method, layers are created by the deposition of a heat-softened thermoplastic material. This method is utilised in the least-expensive 3D printers used in homes.

Powder-based selective laser sintering, which is more advanced, is based on a powder bed in which a high-powered laser heats the powder particles to a point that the powder can fuse on the molecular level – forming a solid layer. The tray then descends and a new layer is fused on top of the previous one. A variation that enjoys rising popularity is electron-beam melting that uses an electron beam instead of a laser.

Many of the materials used to create surgical guides are sensitive to heat because of their low melting point, so they require special sterilization methods.

Many surgical departments in the Western world have tried using 3D printing in one way or another, starting from visual-tactile aids for planning surgery in advance and even complete virtual planning of the surgery and customized surgical guides, as well as implants specifically printed to stay permanently in the individual patient’s body

3D printing can use used to make models, surgical guides or the implants themselves. Printing life-size anatomic models can be used to educate young surgeons, including the possibility of mock surgeries for practicing, cutting down the time operations take and improving outcomes on patients.

At Rambam Medical Center, doctors used 3D printed models in craniomaxillofacial surgery for making titanium plates on a 3D model of the skull so they could restore the correct position of the remaining bones accurately while reducing the time the operation took. The greater accuracy is very beneficial, because when metal implants are used, it is extremely difficult to change them during surgery.

3D printing has already been used at Rambam for planning and making guides during surgery of rib grafts and for corrective surgery to restore the proper anatomic and functional relationship in patients with misaligned jaws and other abnormal facial parts.

Computer-aided design makes it possible for surgeons to use software for virtually designing operations to create and implant 3D objects. Cutting guides made with a 3D printer can be used to plan drilling holes, shorten or lengthen bones or change their alignment.

Engineers are today involved in the planning, since most of the computer-aided designs available today were meant for the industrial fields and are not user-friendly for the surgeon who did not study this field. Another reason is that engineers – who may live and work in a different country and speak in different languages than the surgeons – have to analyze the structure of the implants and their biomechanical strengths. So they have to communicate when preparing for the surgery.

As time goes on, the Rambam experts wrote, planning of operations with 3D implants will be simplified and become more user-friendly; this will shift the planning process to the surgeon and save the time-consuming, expensive dialogue between engineers and surgeons.

Bio-printing, they conclude, will eventually become the ultimate tool to reconstruct missing tissues. “We are far from the day when this method will be part of our toolbox, yet it will completely change how we think and operate when we get there.”