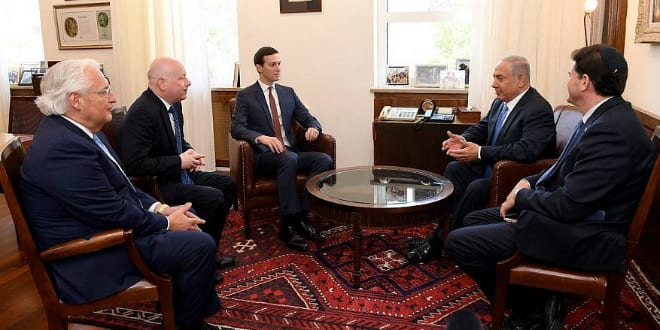 U.S. President Donald Trump’s long-awaited “ultimate deal” peace-plan will likely be unpopular in parts to both Israelis and Palestinians, according to Mideast envoy, Jason Greenblatt.

“We’re going to have to defend the plan to Israelis and Palestinians. We are ready for criticism from all sides, but we believe this is the best path forward for everyone,” he reportedly told Reuters in an interview.

Without seeing it, the Palestinians have excoriated both the plan and the U.S. administration from which it emanated. They do not view the United States as an honest broker – a view reinforced by the Trump administration’s recent moves to sideline the Palestinians. This includes defunding the United Nations Relief and Works Agency (UNRWA) to the tune of approximately $200 million – which the U.S. accuses of wildly misappropriating charitable funds. Instead of using aid money for rebuilding Gaza and strengthening democratic institutions throughout Palestinian society, UNRWA schools teach hatred of Israel and have also been used to store Hamas weapons on their premises.

While there are no hints as to the concessions that Israel will have to make, Greenblatt’s comments echo those of President Trump’s, who warned that “in the negotiation Israel will have to pay a higher price because they won a very big thing,” referring to moving the U.S. Embassy from Tel Aviv to Jerusalem, reversing decades-old U.S. foreign policy.

Trump’s envoy was similarly coy about a timeline or framework for the peace deal aside from saying that it was a “pre-launch phase,” quelling speculation that the plan would be unveiled at the upcoming United Nations General Assembly meeting in late September in New York.

Trump’s son-in-law, Jared Kushner, also spoke about the peace plan as an opportunity to try and correct mistakes made in the Oslo Accords – which were signed 25 years ago.

“There were too many false realities that were created — that people worship — that I think needed to be changed,” said Kushner. “All we’re doing is dealing with things as we see them and not being scared out of doing the right thing. I think, as a result, you have a much higher chance of actually achieving a real peace.”

The talk of peace plans might be all well and good theoretically, but in reality there are doubts whether any Palestinian delegation will take the proposal seriously. That job was made significantly harder this week, after the U.S. expelled the PLO from its Washington office.