Fewest Number of Israelis Emigrating Since 1990 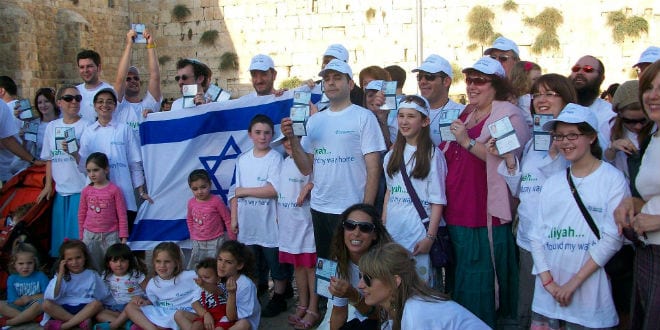 The rate at which Israelis are emigrating has reached an almost three-decade low. According to numbers published by the Central Bureau of Statistics (CBS) this week, approximately 15,200 Israelis left the country in 2016 for a year or more, the lowest number since at least 1990. Some 8,900 Israelis who lived abroad for more than a year returned in 2016, meaning that 6,200 more Israelis left the country than returned – the third lowest deficit since 1990.

Despite that deficit, 28,000 new olim (immigrants) made the move to Israel, meaning that there was a net population gain. These figures would seem to counter the received wisdom that Israelis are dissatisfied with a number of aspects about the country. There are constant reports that Israelis are fed up with the economic situation, the state of politics, Israel’s ongoing security issues and employment issues. However, perhaps there is a cognitive dissonance at play here. Israel is also ranked as the 11th happiest country, according to the World Happiness Index.

In 1990, some 24,700 Israelis left the country for pastures new. At the height of the Second Intifada in 2002 – 27,300 Israelis left for more than a year. As a percentage of the population, the current figure is much lower than the peak emigration – when there were 4.6 million people in Israel. Israel’s population today is approximately 8.5 million.

According to the statistics, the average age of those leaving was 28, and slightly more men than women (53% to 47%) exited for extended periods.

Of the Israelis who left the country in 2016, more than half (54%), were immigrants, and about half of those had immigrated to Israel over the previous decade.

Approximately 50% of those Israelis who returned in 2016 had been away for under two years, while 22% returned having lived overseas for more than six years. Immigrants made up a high proportion of those who left after a relatively short period of time, but they made up 42% of those who returned.

According to the CBS, there were between 560,000 to 596,000 Israelis living abroad in 2016, not including children of Israelis born overseas. According to Jewish Agency figures, since the beginning of the state, some 3.3 million people have immigrated to Israel.