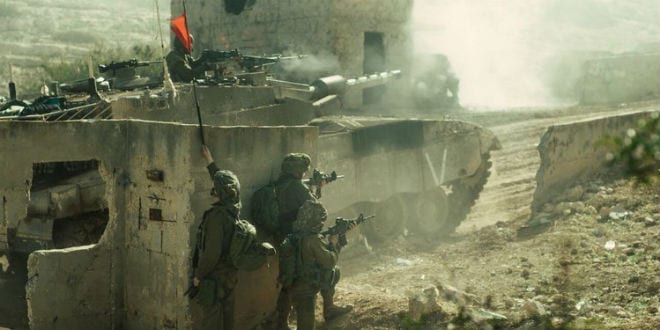 As tensions mount on the Israel-Gaza Strip border, ‎the Israel Defense Forces said it will hold a wide-scale drill ‎simulating a ground operation in the coastal enclave.  ‎

Egypt was eventually able to broker a cease-fire between Israel and ‎‎‎the terrorist groups, which came into effect on 8 p.m. on Saturday.

The military said that the Southern Command’s 162nd ‎Division, which was ‎scheduled to hold a wide-scale ‎exercise simulating a ‎ground incursion of Gaza City, ‎has been ordered ‎to go ahead with the drill.‎

Located at the heart of the coastal enclave, Gaza ‎City is home to more than 500,000 people, making it the biggest city in the Gaza Strip.

The drill is expected to simulate raids, chasing ‎terrorists in open and tight urban areas, and ‎dealing with underground threats, explosive and ‎roadside bombs, as well as maintaining supply and ‎humanitarian-aid routes, the evacuation of ‎casualties and handling the local population.‎

Southern Command officials said the exercise, which ‎is the first of its kind in years, is of great ‎importance to the troops’ combat readiness, ‎especially given the potential escalation opposite ‎Hamas. ‎

The military stressed the drill has been on the ‎books for more than a year and was set as part of the ‎IDF’s annual training program. However, a senior ‎Southern Command officer noted that in an event of ‎further security escalation between Israel and ‎Hamas, the 162nd Division would be scrambled to the ‎border.‎