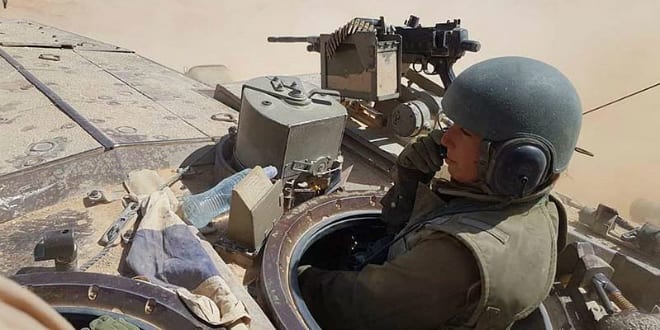 Armored Corps Chief Brigadier General Guy Hasson stated: “After a year and four months of experience, we can say with certainty that an armored combat team under the command of a female tank commander is capable of carrying out operational activity as part of the border defense system.”

The pilot program to integrate female combatants in the Armored Corps began in July 2017, with the goal of examining whether and how women can be integrated as tank fighters. The process began with a preliminary screening of potential female combat soldiers selected from the four mixed-sex infantry battalions. The screening process was based on medical data, motivation for a meaningful service, each recruit’s commander’s opinion, and a personal interview.

A committee then selected 30 women fighters who had moved to the next stage, and conducted additional interviews to decide on the first female combat soldiers to participate.

“For the first time, the IDF is engaged in such a professionally conducted experiment without a time-limit,” said Brig. Gen. Hasson. “There’s an additional operational value that we can achieve in the border defense system and in the Armored Corps with the female fighters. The experiment was necessary to be able to best indicate our future direction.”

He added that the training stage was a success, both in terms of the training itself as well as the operational aspect, and that all the targets set for the female combat soldiers have been achieved.

“The four graduating fighters are amazing women, professional and determined,” said Brig. Gen. Hasson. “I met them for a personal conversation, to hear their feelings. Being a pioneer is never an easy thing.”

According to the IDF, no unusual injuries were observed during the training, and no medical abnormalities were identified. The female combat soldiers were accompanied by a dedicated female medic at all the training stages, and at the beginning of each cycle the data were transferred to the medicine, nutrition, combat fitness command staff, and to the chief of staff’s adviser on women’s issues.