Muslims Desecrate Mezzuzot at Cave of the Patriarchs

Home » Muslims Desecrate Mezzuzot at Cave of the Patriarchs 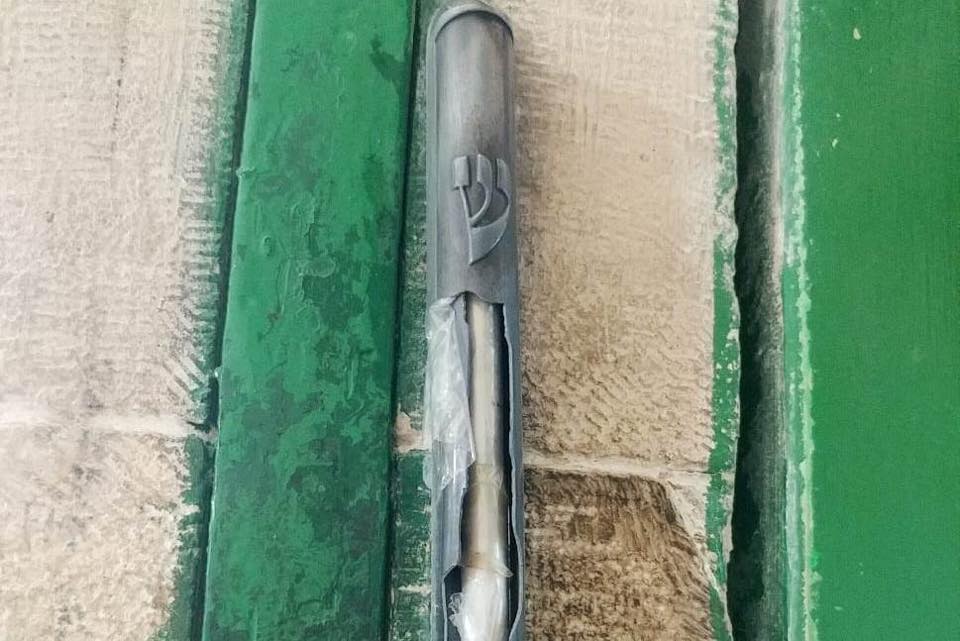 Jews were banned from the Cave of the Patriarchs on June 8, the last Friday of Ramadan, and all Jewish symbols and objects that could be removed were taken from the site. But apparently, even this was not enough as Jewish worshippers returned to find the holy scrolls at the portal their second holiest site desecrated.

As the burial site of all three Biblical Patriarchs and three of the four Biblical Matriarchs, the structure, built by Jewish King Herod in the first century BCE, is holy to Judaism, Islam, and Christianity. 80 percent of the structure is given over to Muslim prayer, 20 percent to Jewish prayer, and Christians can pray in both sections. Ten days of the year, the entire structure is given over to Muslim prayer and ten days of the year it is entirely reserved for Jewish prayer. Two weeks ago, all Jewish items were removed in preparation for a day of Muslim prayer. When the Jews returned, they were dismayed to see one Mezuza desecrated and another missing entirely.

A Mezuzah is a parchment inscribed with specific verses from Deuteronomy. The Torah commands Jews to hang this parchment from the doorposts of their buildings.

Inscribe them on the doorposts of your house and on your gates. Deuteronomy 6:9

Noam Arnon, the spokesman for the Jewish Community Hebron was one of the first to discover the theft of the holy object.

“Apparently, hiding all signs of Judaism was not enough,” Arnon told Breaking Israel News. Arnon related how all of the Mezzuzot were stolen two years ago when the site was given over for a day of Muslim prayer. “I respect the rights of all peoples to pray but if that respect is not mutual than no arrangement will work,” Arnon said.

Arnon said that the police are looking at security videos in an effort to recover the stolen Mezuza.

The Cave of the Patriarchs in Hebron is the second holiest site in Judaism after the Temple Mount. The purchase of the site by Abraham is explicitly documented in the Bible.

Avraham accepted Ephron’s terms. Avraham paid out to Ephron the money that he had named in the hearing of the Hittites—four hundred shekalim of silver at the going merchants’ rate. Genesis 23:16

Israel conquered the city of Hebron in the 1967 Six-Day War and for the first time in nearly 700 years, Jews were permitted to enter the Cave of the Patriarchs and worship. In 1996, the Israeli government turned over custodianship of 81 percent of the building to the Waqf, the Islamic religious trust.