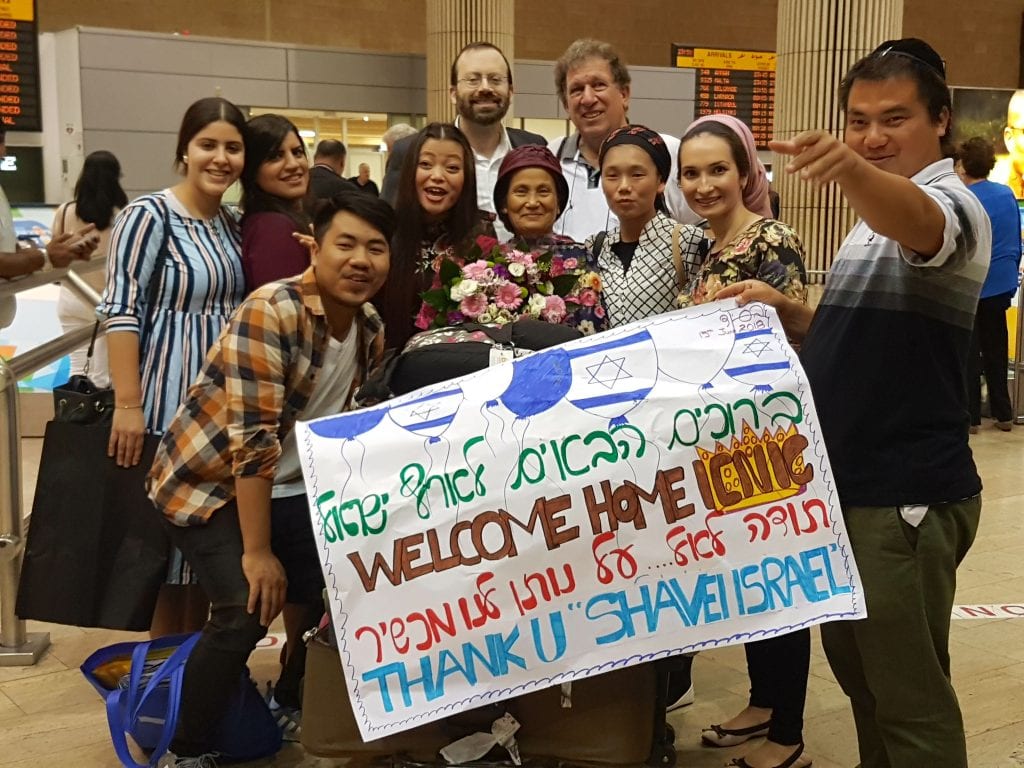 Freund founded Shavei Israel to seek people with Jewish roots who have become disconnected from the Jewish People. He has helped Subbotnik Jews who converted under the Russian Czars 200 years ago, Poles who were put up for adoption by their Jewish parents during the Holocaust, descendants of Jews who arrived in Kaifeng China over one thousand years ago, Bnei Anousim descended from Jews who were forcibly converted to Catholicism during the Spanish and Portuguese Inquisitions of the 14th and 15th centuries, and many others.

“Returning to the Jewish people does not and should not involve coercion or compulsion. It is a deeply personal

decision and cannot be imposed from the outside. It may result from a desire to recover a lost heritage, or from an intense need to understand various inherited customs and family traditions.”

The Bnei Menashe left Israel more than 27 centuries ago. As part of the Ten Tribes, they were separated from the rest of Israel by the Assyrians at the end of the First Temple, 140 years before the Babylonian exile. Their ancestors wandered through Central Asia and the Far East for centuries, before settling in what is now northeastern India, along the border with Burma and Bangladesh.

Throughout their sojourn in exile, the Bnei Menashe continued to practice Judaism just as their ancestors did, including observing the Sabbath, keeping kosher, celebrating the festivals and following the laws of family purity. And they continued to nourish the dream of one day returning to the land of their ancestors, the Land of Israel.

Shavei Israel has brought over 3,500 Bnei Menashe to Israel, helping them through the difficult process of becoming acclimated and settled in a new country. There are still another 7,000 Bnei Menashe remaining in India.

Most of the Jews today, as their name implies, are descended from the tribe of Judah, sent out from Israel in the Babylonian exile. Freund explains that this is not the story of the Bnei Menashe and, as such, is a “new stage in the Redemption.”

“The return of the Bnei Menashe is a clear and explicit indication that we have entered a new stage of the Redemption,” Freund told Breaking Israel News. “In so many places, the prophets talked about the return of Judan and  the return of Israel. At first glance it seems repetitive unless it was intended to tell us that the tribes of Israel were meant to return separately from the tribe of Judah, or, what we know today as the Jews. The prophecy clearly states that the tribes of Israel and Judah will return separately, and that is what is happening right now with the Bnei Menashe.”

Freund explained that this was described in an allegory by the Prophet Ezekiel.

“The Ethiopian Jews have a tradition that they are descended from the tribe of Dan,” Freund said. “This tradition was accepted by the rabbinate as accurate. There are others out there. Some subtribes of the Pashtuns f Afghanistan and Pakistan have a tradition that they are from Israel but because of the political enmity between those countries and Israel, there is not enough known about this to conjecture about.”

Freund founded Shavei Israel in 2002 to achieve this aspect of the end-of-days ingathering of the exiles but he emphasizes that this process will necessarily include the non-Jews.

“The nations of the world have a direct role to play in returning the jewish people to Israel,” Freund stated emphatically, quoting the Prophet Isaiah.

Thus said Hashem: I will raise My hand to nations And lift up My ensign to peoples; And they shall bring your sons in their bosoms, And carry your daughters on their backs. Isaiah 49:22

“The verse says they will ‘carry’,” Freund said. “This implies being actively and directly involved. They will bring our sons and daughters. This is involvement in the most intimate and personal manner, implying a deep level of trust and brotherhood. This is a powerful biblical mandate for non-Jews to help this aspect of geula move forward.”