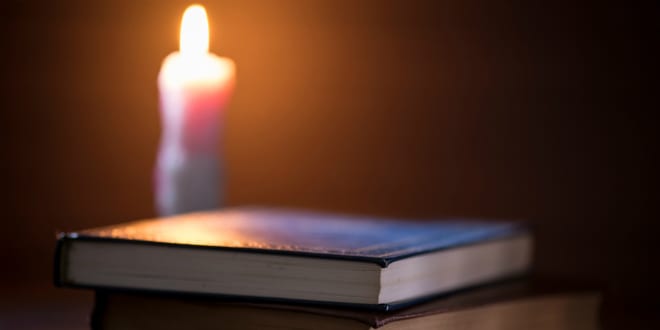 As Torah literature written for non-Jewish readers becomes more commonly available, here are ten recommended books with which to begin building your personal Torah library. Each book was selected for its unique sensitivity to presenting Torah concepts in a universal context,

Shabbat Shalom: Insights on the Weekly Torah Portion from the Heartland of Israel by Sondra Oster Baras. For over a decade, Sondra Oster Baras has inspired Christians, by sharing her knowledge of Scripture from an Orthodox Jewish perspective. Baras is the Director of Christian Friends of Israeli Communities and Shabbat Shalom is a compendium of her teaching on the weekly Torah portion.

The Light from Zion edited by Britt Lode. Norwegian resident Lode is the editor of The Light From Zion, a book about the weekly Torah portion, written by 12 Orthodox rabbis, especially for pro-Israel Christians. Recently, The Light From Zion had a powerful impact on Christian Zionists in Nigeria.

The Universal Garden of Emuna by Rabbi Shalom Arush. Rabbi Arush has written many books for Jewish people, to help them enhance their connection with God through Torah principles. The Universal Garden of Emuna is the first time he has adapted his teachings specifically for a non-Jewish audience. Emuna is the Hebrew word for faith, and in this book, Rabbi Arush teaches how deepening one’s faith in God is the key to Redemption.

Universal Torah: Lessons For Humanity From The Weekly Torah Readings by Avraham Greenbaum. Universal Torah is an in-depth commentary on the Five Books of Moses, showing its contemporary relevance for all people. Rabbi Greenbaum is the author of The House On The Mountain and Know Your Bible which were also written to share Torah wisdom with a general, non-Jewish audience.

Cup of Salvation: A Powerful Journey Through King David’s Psalms of Praise by Rabbi Pesach Wolicki. Cup of Salvation is a study of Hallel (Psalms 113-118) that is a part of Jewish liturgy used to praise God, written with a particular sensitivity to Christian readers. Rabbi Wolicki is Associate Director of the Center for Jewish – Christian Understanding and Cooperation in Jerusalem.

Hands Off! This May Be Love: God’s Gift for Establishing Enduring Relationships by Gila Manolson. Jerusalem-based Manolson has written a number of popular books about Jewish wisdom and human relationships. Hands Off! This May Be Love is her first book written explicitly for a faith-based, non-Jewish audience. In this book, Manolson shares ancient Jewish wisdom in crafting her argument for refraining from becoming intimate during the dating phase of a relationship. Read more about this book here.

Kabbalah and Meditation for the Nations by Rabbi Yitzchak Ginsburgh. This book explores the covenant that God made with Noah which inaugurated a universal religion for all of humanity. Rabbi Ginsburgh provides a look at the mystical power and meaning of the covenant that preceded the one He made with the Jewish people on Mt. Sinai. Read more about Rabbi Ginsburgh’s position on Torah study for non-Jews here.

Buried Treasure: Secrets for Living From the Lord’s Language by Rabbi Daniel Lapin. Buried Treasure is a practical, easy-to-read book that reveals some of the wisdom that God encoded in the Hebrew language. Rabbi Lapin is the head of the American Alliance of Jews and Christians (AAJC). He has published numerous books designed to help non-Jews learn from the wisdom of the Torah.

FORTHCOMING! ISAIAH: End Times and Messiah in Judaism by Yisrael Rosenberg. Rosenberg works at the Western Wall Tunnels in the Old City of Jerusalem where he meets hundreds of Christian Zionists every week. He wrote this commentary on the Book of Isaiah in response to the interest that many Christians, both clergy and laypeople, have shown for these issues. ISAIAH: End Times and Messiah in Judaism is expected to be published later in 2018.