The Israel Bible is Ranked Amazon’s No. 1 New Release

Home » The Israel Bible is Ranked Amazon’s No. 1 New Release 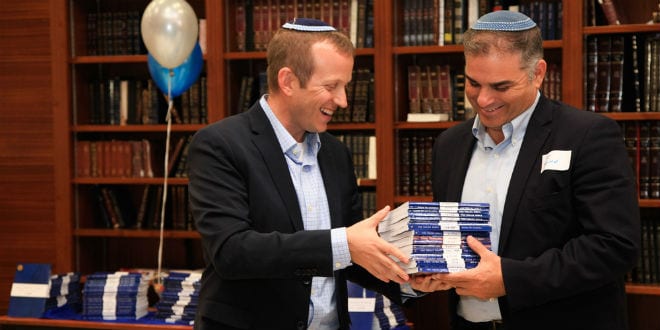 Rabbi Tuly Weisz, director of Israel365 and the publisher of The Israel Bible and Breaking Israel News, said the ranking is, “beyond our wildest expectations. It is clearly a Bible whose time has come.”

Rabbi Weisz emphasized that The Israel Bible is unique in being the first Bible to focus on the Land of Israel, the People of Israel, and the connection between them.

“There is no other Bible exclusive to Israel, which is the miracle our generation has seen come to life,” Rabbi Weisz explained. “A new Bible coming forth from Israel and sending the light of Torah into the world is the embodiment of Isaiah’s Prophecy.”

“Other Bibles simply don’t do this, don’t embody this prophecy in the way the Israel Bible does,” Rabbi Weisz said.

The vision of a Bible rooted in the land of Israel first came to Rabbi Weisz in 2012 when he established Israel 365, a nongovernmental organization that serves as a bridge between the Jews living in Israel and the nations of the world.

“The Bible has been a source of division between Jews and Christians for a millennium,” Rabbi Weisz explained. “The Christians have the New Testament and we have the Torah. But now, when we connect it to the land of Israel, the Bible can be the point that connects Jews and Christians since the Bible and Israel are really what we have in common.”

Rabbi Weisz said that just as printing the Gutenberg Bible changed Western Civilization, “printing a Bible like this can bring about enormous change.”

There are several other factors that contribute to the new edition’s popularity, according to Rabbi Weisz.

The Israel Bible is the first Orthodox, English-translated Bible published in more than two decades. It is a 2,200-page, 929-chapter Bible that includes contemporary commentaries, maps, charts, and illustrations. The original Hebrew text appears alongside a modified version of the New Jewish Publication Society translation.  Each page has lessons and commentary written by a team of Israeli rabbis and scholars that highlight the relationship between the land and the people of Israel. The online version can be accessed at www.theisraelbible.com. It can be purchased in the  Israel365 website.