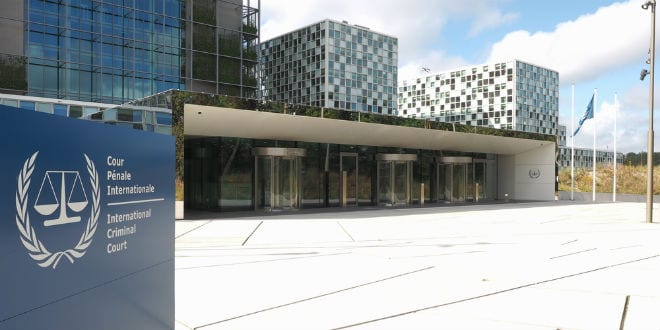 The United States may close the Palestine Liberation Organization’s office in Washington, DC in response to a decision by the Palestinian Authority’s foreign minister, Riad Malki to call for an “immediate investigation” by the International Criminal Court (ICC) into alleged Israeli “war crimes” against the Palestinians.

“We are reviewing this latest development to determine if it requires changes to the operating status of the PLO office in Washington, D.C., which has been limited to activities related to achieving a lasting, comprehensive peace between the Israelis and Palestinians since November 2017,” a National Security Council spokesperson said according to the Times of Israel.

“The US continues to believe that direct negotiations between the two parties are the only way to achieve a comprehensive and lasting peace,” the official added. “Involving the ICC does not get us closer to peace.”

US State Department Spokesperson, Heather Nauert made similar remarks during a press conference on Tuesday, referring to such a course of action by the Palestinian Authority (PA) as “counterproductive.”

“We have long believed that these types of actions are not conducive to peace,” she said.

Nauert stopped short of saying that a decision was made regarding the potential closure of the PLO’s office in Washington and stressed that such a response by the US was only “under consideration” at the moment.

During his meeting with ICC prosecutor, Fatou Bensouda, Raid Malki referrenced “war crimes” such as the killings of over 60 Palestinian rioters last week, 50 of whom were members of the Hamas terrorist organization. Construction of Jewish homes in the Biblical heartland of Judea and Samaria was also mentioned by Malki in his discussion with Bensouda.

The ICC has jurisdiction over cases involving member states of its Rome Statute.  Although Israel is not a member, the PA is recognized and included as a member state by the ICC.