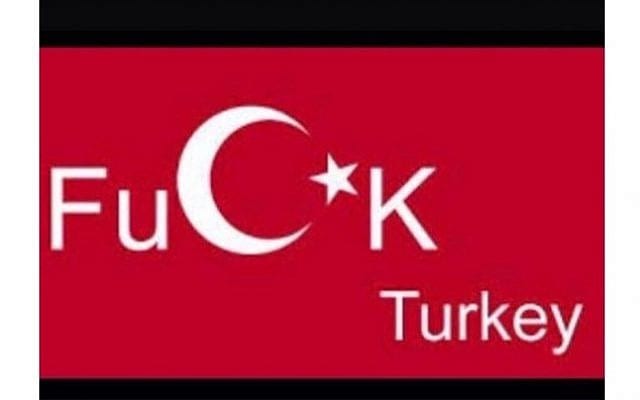 Tensions between Israel and Turkey are flaring as for the second time in less than six months, Turkish President Recep Tayyip Erdogan called for a pan-Islamic meeting to discuss a coalition against Israel.

On Monday, a six week Hamas-led protest-turned-riot culminated with 35,000 Palestinians challenging the security fence and approximately 60 Palestinians killed. Erdogan was quoted in the press as saying that Israel is a “a terror state” that has committed “a genocide.”

“Israel is wreaking state terror,” Erdogan said in a speech to Turkish students in London broadcast by state television. “Israel is a terror state. What Israel has done is a genocide. I condemn this humanitarian drama, the genocide, from whichever side it comes, Israel or America.”

Undaunted, Israeli Prime Minister Benjamin Netanyahu responded, issuing a statement that “Erdogan is among Hamas’s biggest supporters and there is no doubt that he well understands terrorism and slaughter. I suggest that he not preach morality to us.”

The Turkish president called for an emergency session of of the Organization of Islamic Cooperation (OIC) in Istanbul to be held on Friday to discuss the situation in Gaza. A massive anti-Israel rally is also scheduled to be held concurrently in Taksim Square in Istanbul.

Relations between the two countries hit a dangerous low on Tuesday when Turkey expelled the Israeli ambassador from Istanbul and recalled its ambassador from its embassy in Tel Aviv. Israel responded by asking the Turkish consul-general  in East Jerusalem to leave as well.

Erdogan has used his position as head of the OIC to call for action against Israel and the US. In December, he called an emergency meeting in response to President Trump’s recognition of Jerusalem as Israel’s capital. In an article published at the same time in Turkish media, Erdogan called for the 57 member states of the OIC to form a joint “Army of Islam” to besiege and attack the state of Israel.

Deputy Foreign Minister Tzipi Hotovely said in an interview with Israeli Kan television on Thursday that the Israeli government did not intend to sever ties with Turkey.

“The decision reached by the Foreign Ministry after much deliberation — and of course Prime Minister Benjamin Netanyahu was part of it — is that we do not intend to cut ties with Turkey,” Hotovely said.

“Turkey is an important state in the region, and even though its leader made very grave remarks against Israel’s leadership and its actions, I think we repaid him in kind,” she added. “We said that a dictator like him who spills blood and behaves in such a cruel manner cannot lecture us.”