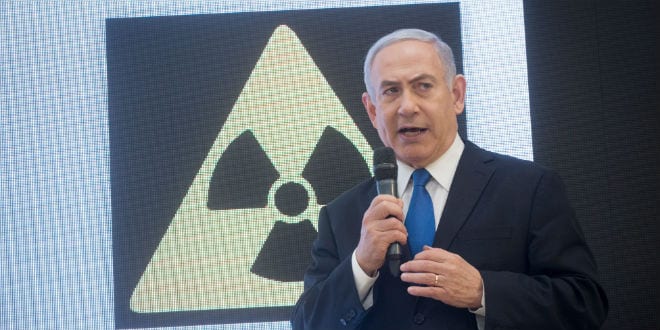 Israeli Prime Minister Benjamin Netanyahu proclaimed on Sunday that since Iran is supplying advanced weapons to Syria, posing a direct threat to Israel, it would be better to confront Tehran sooner rather than later.

Speaking at the start of a weekly cabinet meeting Sunday, Netanyahu declared that “we are determined to block Iran’s aggression against us, even if this means a struggle. Better now than later.”

“We do not want escalation, but we are ready for any scenario,” he added.

Israel has repeatedly warned that it will not tolerate a permanent Iranian military presence in neighboring Syria. Iran is a key ally of Syrian President Bashar Assad and has provided crucial military aid to his forces.

“In recent months, the [Iranian] Revolutionary Guard [Corps] have been moving advanced weaponry to Syria to strike us, both the war front and the homefront. This includes attack drones, surface-to-surface missiles and anti-aircraft systems that pose a threat to Israeli aircraft,” said Netanyahu.

Evoking history, Netanyahu noted that “nations that were unwilling to act in time to stop murderous aggression against them went on to pay a much heavier price later.”

The prime minister told the cabinet that he was due to meet with Russian President Vladimir Putin in Moscow later this week.

“Meetings with the Russian president are always important to Israel’s security, and to coordination between the IDF and the Russian military,” he noted.

“Israel retains full freedom of action to defend itself,” Netanyahu declared, adding that this week’s meeting with Putin was of particular importance in light of Iran’s mounting attempts to position itself against Israel in Syria.