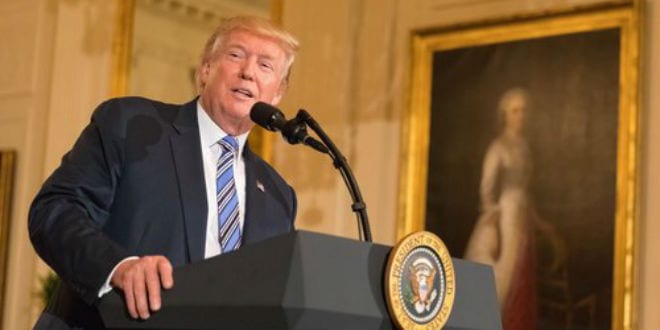 US President Donald Trump has already decided to withdraw from the international nuclear agreement with Iran, according to a report by Reuters.

One White House official referred to in the report said that top aides in the White House are no longer attempting to convince Trump to stay in the deal, also known as the Joint Comprehensive Plan of Action (JCPOA).

At the same time, Trump’s strategy in leaving the agreement has yet to be fully established.

One White House official mentioned in the report spoke of a scenario that “is not a full pullout” but offered no specifics. The official stressed that Trump was “most of the way there toward pulling out of the deal” and “seems poised to do it, but until a decision is made by this president it is not final.”

Additionally, it is quite possible that Trump decides to extend US participation in the JCPOA for “alliance maintenance” with European parties to the agreement such as France.

Ultimately, Trump must decide by May 12 whether to extend the sanctions relief or to leave the agreement if the E3 allies (United Kingdom (UK), France and Germany) fail in implementing sufficient “fixes” to the JCPOA.

United Nations Secretary-General Antonio Guterres is imploring Trump to stay in the agreement.

Warning of an outbreak of war if the Iran nuclear agreement were to fall apart, Guterres told the BBC, “we should not scrap it unless we have a good alternative.”

Iranian Ambassador to the UK, Hamid Baeidinejad implied that the regime in Tehran may revert to enrichment levels before the JCPOA was signed if Trump decides to withdraw from the agreement.

“The consequence would be that Iran would in fact be ready to go back to the previous situation,”  Baeidinejad told CNN’s Christiane Amanpour.