US Embassy in Jerusalem to Open With Mezuzah-Hanging Ceremony

Home » US Embassy in Jerusalem to Open With Mezuzah-Hanging Ceremony 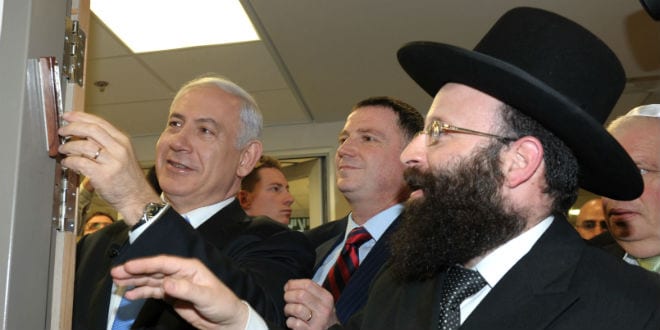 As part of the May 14 ceremony to mark the official opening of the U.S. Embassy, a mezuzah will be affixed to the embassy building.

According to a Channel 20 report, organizers decided on the unusual move of holding a religious ceremony to install the mezuzah as a gesture to Israel and following the recommendation of U.S. Ambassador to Israel David Friedman.

At a special event to mark the 70th anniversary of Israel’s founding at the Menachem Begin Heritage Center in Jerusalem on Monday, Friedman said he sees Jerusalem as a religious place.

“I hope that young Jews, in particular children, will connect to their Jewish and Israeli roots,” he said.

Meanwhile, preparations ahead of the May 14 transfer of the U.S. Embassy to Jerusalem are continuing apace. Work is being carried out on the site on David Flusser Street in Jerusalem’s Arnona neighborhood that currently provides U.S. consular services. When the embassy first officially moves, the U.S. Embassy will be situated in what is now the U.S. Consulate building.  According to reports, the U.S. later intends to build a larger facility to serve as the embassy on an adjacent property.

Prior to the initial opening, the U.S. is paving an additional access road to the consulate building for Friedman and his staff, along with another escape route to be used in case of emergency. In addition, a new lighting system is being installed around the consulate to better illuminate the complex and make it easier to secure the site.

A large security team has been stationed on the roads leading to the consulate building to carefully surveil individuals and vehicles approaching the compound.

While most local residents say they are happy about the U.S. Embassy’s transfer to Jerusalem, some fear that the move will negatively impact their quiet residential neighborhood. Some residents have complained about the plan to erect a tall wall around the entire compound, which presently is surrounded by a tall see-through fence only on three sides.  Yet while some residents have already filed their objections to the plan, those objections are expected to denied, as moving the embassy to Jerusalem is considered an issue of national importance.

The Jerusalem Municipality, along with Jerusalem Mayor Nir Barkat, has been assisting the U.S. to make sure the move of the embassy to Jerusalem goes as smoothly as possible.