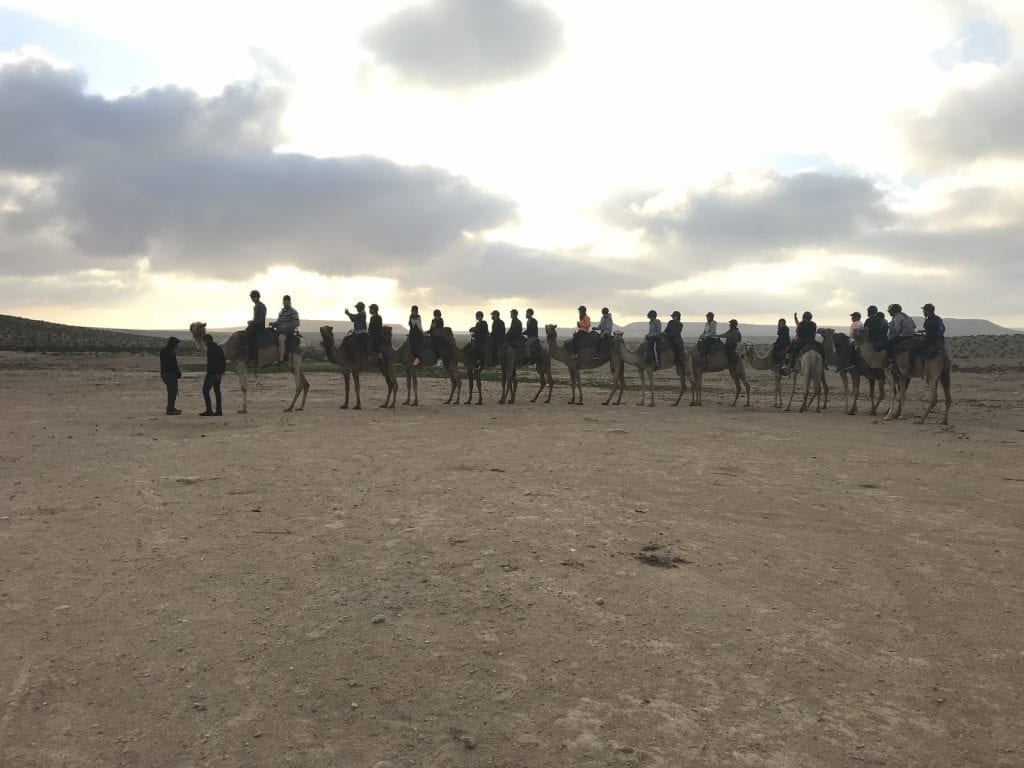 1. There are two types of camels: Dromedary (which has one hump) and Bactrian (which has two humps).

2. Camels are mentioned more than twenty times in the Book of Genesis. The Hebrew word for ‘camel’ is gamal (גמל), which also means ‘to be independent.’ According to Rabbi Tuly Weisz, Director of Israel365 and publisher of The Israel Bible and Breaking Israel News, “We find the usage of this word in a variety of contexts: “The child grew up, and was ‘weaned’ (vayigamal)” (Genesis 21:8); “and borne almonds” (vayigmol – i.e. became independent of the stalk; Numbers 17:23).” In addition, he explained, “It is fitting that the independent camel was the method of transportation used by Avraham’s to bring back a wife for Yitzchak, as Rivka made the independent choice to leave her family in order to join Yitzchak in Eretz Yisrael.”

3. Camel humps store fat (used as an energy source when they lack food sources), not water as commonly believed.

4. Camels can reach up to 7 feet in height at the hump and weigh up to 1,500 pounds. Despite their size, they can run up to 40 miles per hour for a short period of time, and can comfortably move at 25 miles per hour. A camel calf can run just a few hours after it is born.

6. Camels were used to carry supplies and as a food source (they are a delicacy in Middle Eastern countries) in desert wars, even in the 20th century.

7. Camels are designed for the desert, with three eyelids and two rows of eyelashes that prevent sand from entering their eyes. Its coat reflects the sun to avoid overheating. They also have hairs in their ears that keep away the dust and nostrils that retain water vapour and close to prevent the sand from entering.

8. Camels’ toes do not sink in the sand because of their two toes that spread when they touch the ground.

9. Camels can drink up to 40 gallons of water at once and spit when they feel threatened.

10. While most mammals die if they lose 15% of their water, camels can lose up to 25% without becoming dehydrated. According to Rabbi Natan Slifkin, popularly known as the “Zoo Rabbi,” the Hebrew name for camel refers to the animal’s ability to survive without water for up to seven months.