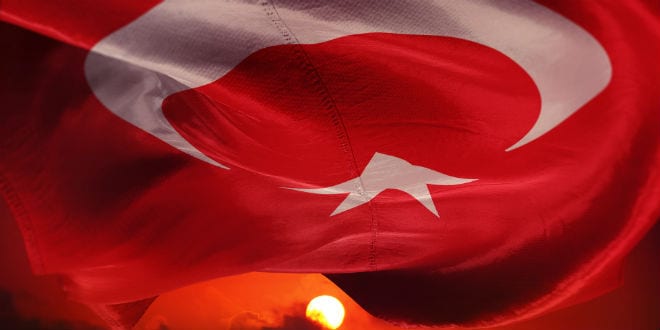 A prominent Turkish official has claimed that as a result of demographic trends in Europe, “Europe will be Muslim.” An expert on Islam says this “Islamization” is intentional, a form of silent Jihad explicitly described in the Quran as a way of conquering nations demographically.

The Gatestone Institute,  a think tank that publishes articles pertaining to Islam and the Middle Easton, published a report on Monday citing the official, Member of Parliament Alparslan Kavaklıoğlu of the ruling Justice and Development Party (AKP) and head of the parliament’s Security and Intelligence Commission. At a speech to the AKP Political Academy in Yalova two weeks ago, Kavaklıoğlu declared that there will be an Islamic victory over Europe.

“The fortune and wealth of the world is moving from the West to the East,” Kavaklıoğlu said. “Europe is going through a time that is out of the ordinary. Its population is declining and aging. It has a very old population. So, people coming from outside get the jobs there. But Europe has this problem. All of the newcomers are Muslim. From Morocco, Tunisia, Algeria, Afghanistan, Pakistan, Iraq, Iran, Syria, and Turkey. Those who come from these places are Muslim.”

Kavaklıoğlu contended that Europe’s fate will inevitably be sealed within 20 years.

“The Muslim population will outnumber the Christian population in Europe,” Kavaklıoğlu predicted. “This [trend] has increased the nationalistic, xenophobic and anti-Islam rhetoric there. Hence, marginal, small parties have started to get large numbers of votes… But there is no remedy for it. Europe will be Muslim. We will be effective there, Allah willing. I am sure of that.”

“In his commentary on the Prophet Ezekiel, the Malbim explained that the War of Gog and Magog will be between Edom and Ishmael, what are known today as Christianity and Islam,” Rabbi Berger explained to Breaking Israel News.

Dr Mordechai Kedar, a senior lecturer in the Department of Arabic at Bar-Ilan University, explained that in the language of Islam, Kavaklıoğlu was describing a religious imperative and holy war.

“In Islam, this is called ‘Hijra,’” Dr. Kedar explained. “It is jihad (a fight against the enemies of Islam) by immigration.”

“Hijrah” is the term used for the escape of a group of Muhammad’s followers from Mecca to Yathrib. Muhammad joined them, and when their numbers became significant, Muhammad urged his followers to commit acts of violence in order to establish their dominance in Yathrib.  The city, which they renamed “Medina,” is the second holiest site in Islam.

The Quran states this explicitly.

“And whoever emigrates for the cause of Allah will find on the earth many locations and abundance. And whoever leaves his home as an emigrant to Allah and His Messenger and then death overtakes him, his reward has already become incumbent upon Allah. And Allah is ever Forgiving and Merciful.” (4:100)

Dr. Kedar explained how “Hijra” works in a modern society.

“When they are a minority, they put on a false face as if they are refugees and in a miserable condition,” he said. “Some of them are indeed in that situation but as soon as that changes, they have no moral obligation to show gratitude or to assimilate into the host culture. More so the opposite.

“Once they have any kind of strength or standing in the community, they are the required to act as the Quran dictates: to take over the nation and make it Muslim.”

In his speech, Kavaklıoğlu focused on the United States as the next target for Islamic demographic dominance while stressing what he thought to be the greatest obstacles to the successful Islamization of the US: President Donald Trump and his alliance with the Jews.

“The US companies are the state… [the companies] have huge amounts of capital. They run both the world and America. Nearly 65-70 percent of this capital is Jewish… Especially with the election of President Trump, this has completely come to light. A very strange man was elected president. He surrendered himself to the Jewish lobbies to save his own back. When you look at [what he did with] Jerusalem, you can easily see this.”

Turkey has openly advocated “Hijra” in the past. The report by the Gatestone Institute cited examples in which Turkish President Recep Tayyip Erdoğan openly called for Muslim population growth as a means of solidifying the Turkish military occupation of Northern Cyprus and also to complete the Islamic domination of Europe.

But when it comes to Israel, Erdogan is not satisfied with “Hijra” alone as a means of Islamic conquest. In December, Erdogan, head of the the Organization of Islamic Cooperation (OIC), called on the 57 member states of to form a joint “Army of Islam” to besiege and attack the state of Israel. Such an army would, by some estimates, bring together five million soldiers under one banner of a united Islam, more than 30 times the number in the IDF and more than four times that of Israel’s closest ally, the United States.