Reviving Biblical Wedding Customs in Preparation for the Third Temple 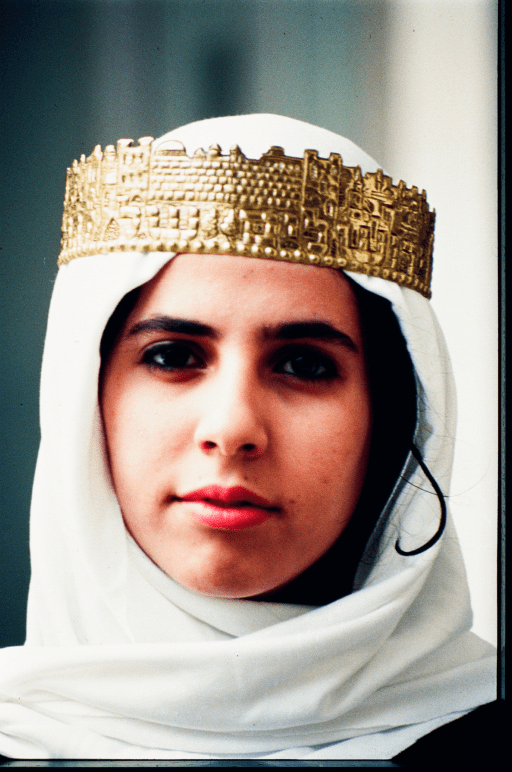 Weddings in Biblical times were significantly different than they are today. One Jerusalemite, a simple tailor, has spent years and tens of thousands of dollars to recreate this joyous occasion as authentically traditional as possible. But there are still some changes that need to be made, which will have to wait until the Third Temple is built.

The tailor, Reuven Prager, who specializes in Biblically styled clothing, has a passion for restoring ancient Israelite customs. Twenty-five years years ago, Prager learned about four marriage customs described in the Talmud as having fallen out of practice after the destruction of the Temple in 70 CE and the squashed Bar Kochba revolt in 132 CE.

Prager wanted to revive those customs in order to pave the way for the Third Temple, but he also had a vested personal interest.

“I met a really beautiful woman and I wanted to have it ready so I could propose to her,” Prager told Breaking Israel News.

Prager found references that in ancient Jewish weddings, there was an ateret chatanim (groom’s crown), a golden crown worn by the bride, a unique type of wedding canopy (chuppah chatanim)  and a luxurious palanquin that was used to carry the bride to the canopy.

Until the destruction of the Second Temple, the groom’s crown was composed of roses and myrrh. The kallah (bride) wore a crown of gold depicting the walls of Jerusalem.

Jewish weddings today however, focus on the chuppah, a canopy made from a piece of cloth, frequently a tallit (four-cornered prayer shawl), that is suspended from four poles. Prager discovered that in ancient times, the chuppah chatanim was shaped like a dome.

Prager found a reference to the aperion (palanquin) in the Song of Songs.

King Shlomo made him a palanquin Of wood from Lebanon. He made its posts of silver, Its back of gold, Its seat of purple wool. Within, it was decked with love By the maidens of Yerushalayim.Song of Songs 3:9-10

After discovering these ancient customs, Prager performed exhaustive research on them. When he learned enough to actually recreate the items, Prager consulted with Rabbi Menachem Bornstein, an expert on the Temple era, who then directed him to an expert on Jewish laws pertaining to marriage practices, Rabbi Shlomo MinHahar, the late Sephardic Rabbi of Bayit Vegan, a neighborhood in southwest Jerusalem.

Concerning the four ancient practices used in Jewish weddings, Rabbi MinHahar, ruled that the groom could not be crowned until the Temple is built. Similarly, the bride can only wear a crown which has an intrinsic value that is less than that of pure gold. The aperion and the domed canopy, however, are permitted before the rebuilding of the Temple.

“I know how not to do things,” Prager said. “We’ve been not doing things for 2,000 years. But if the halacha says you can do something on condition, then I think we should go ahead and meet those conditions and do it.”

Prager commissioned a skilled goldsmith to create a bridal crown from an alloy of brass that when polished, appears exactly like solid gold.

”When the temple is built, we’ll replace it with a 14 karat gold crown,” Prager said with determination.

The aperion proved to be a far greater challenge, requiring nine-and-a-half years and $30,000 years to build.

“We wanted it to be just like in the Song of Songs,” Prager explained. “We sent a guy through Amman, Jordan to Damascus to pick up a roll of silk and gold brocade material that was made for King Fahd of Saudi Arabia. An extra roll was on the black market for thousands of dollars and we bought it. We sweated for ten days, worried it might get seized or stolen before making it to Israel.”

After the material arrived, Prager organized a group of women who were upholsterers, just as King Solomon wrote in the Song of Songs, to fashion the interior from purple velvet. The aperion is carried to the canopy to the accompaniment of shofarot (ram horns) blown by Biblically garbed men.

“The Biblical wedding project was registered as a non-profit organization,” Prager noted. “We’ve never turned anyone down for lack of funds. We have done dozens of weddings and many couples have come to renew their vows in Jerusalem.”

As Prager found out, many of the laws and customs concerning Jewish weddings are deeply connected to the Temple. As everyone who has attended a Jewish wedding recognizes that the groom breaks a glass at the end of the marriage ceremony, very often accompanied by a song from Psalms.

If I forget you, O Yerushalayim, let my right hand wither; let my tongue stick to my palate if I cease to think of you, ,if I do not kee Yerushalayim in memory even at my happiest hour. Psalms 137:5-6

The Talmud explains that this custom is in memory of the destruction of the Temple.

Rabbi Avraham Arieh Trugman, director of the Ohr Chadash Torah Institute, believes there is an intrinsic connection between the Jewish Temple and marriage.

“The relationship between God and Israel is described as an intimate relationship, like between a husband and wife,” Rabbi Trugman told Breaking Israel News. “The Holy of Holies is sometimes referred to as cheder hamitah (the bedroom). This is the place where God and man get together in the most intimate manner.”

“We see this in the cherubim, the angelic forms, that were upon the cover of the Holy Ark, in which one represents God and the other represents the People of Israel,” he continued.

“Marriage is also referred to as brit ha’nisuin, the ‘covenant of marriage’ based upon the covenant between God and His nation, Israel.”

Reuven Prager can be contacted by email at reuven@actcom.com