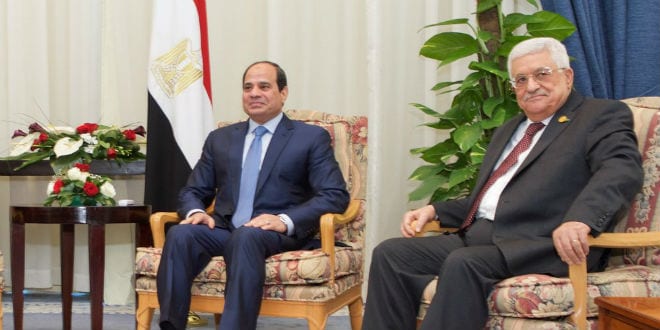 Senior sources in Ramallah on Saturday told the newspaper Al-Quds that two Arab countries, whose names were not mentioned explicitly, are exerting heavy pressure on Palestinian Authority Chairman Mahmoud Abbas and on King Abdullah II of Jordan, to accept the “deal of the century” – the peace initiative expected to be suggested by President Donald Trump.

Meanwhile, senior sources in Ramallah have told Israel’s Channel 10 TV that the countries applying pressure are Egypt and Saudi Arabia.

So far, the PA has rejected the proposed American plan, which they claim is biased in favor of Israel.

The same sources in Ramallah have told Channel 10 that on Tuesday Saudi Crown Prince Mohammad Bin Salman will be meeting with President Trump at the White House, where they will discuss Iran’s threats against the Middle East and the Israeli-PA peace process.

The Crown Prince, according to the sources, wants to present Trump with both a PA and a pan-Arab agreement in principle to the peace plan, which will include restarting political negotiations between Israel and the Arabs—not only the PA, but such an agreement has yet to be reached.

Last week, the Al-Arabi Al-Jadid news website, quoting diplomatic sources in Egypt, reported that Bin Salman had agreed during direct meetings with high-ranking Israeli officials on reconciling the American president’s peace plan, adding that the implementation of the deal would take several decades, and not a year or two.

According to the report, the Saudi leadership has been pressuring the PA chairman to agree to the “deal of the century,” but he is sticking to his guns.

The same report revealed that senior Hamas figures who recently visited Egypt were exposed to heavy pressure from Egypt to agree to the proposed Israeli-American draft of a peace agreement. According to diplomatic sources, the visiting senior members of the terrorist organization have persisted in their refusal to a peace deal with Israel.