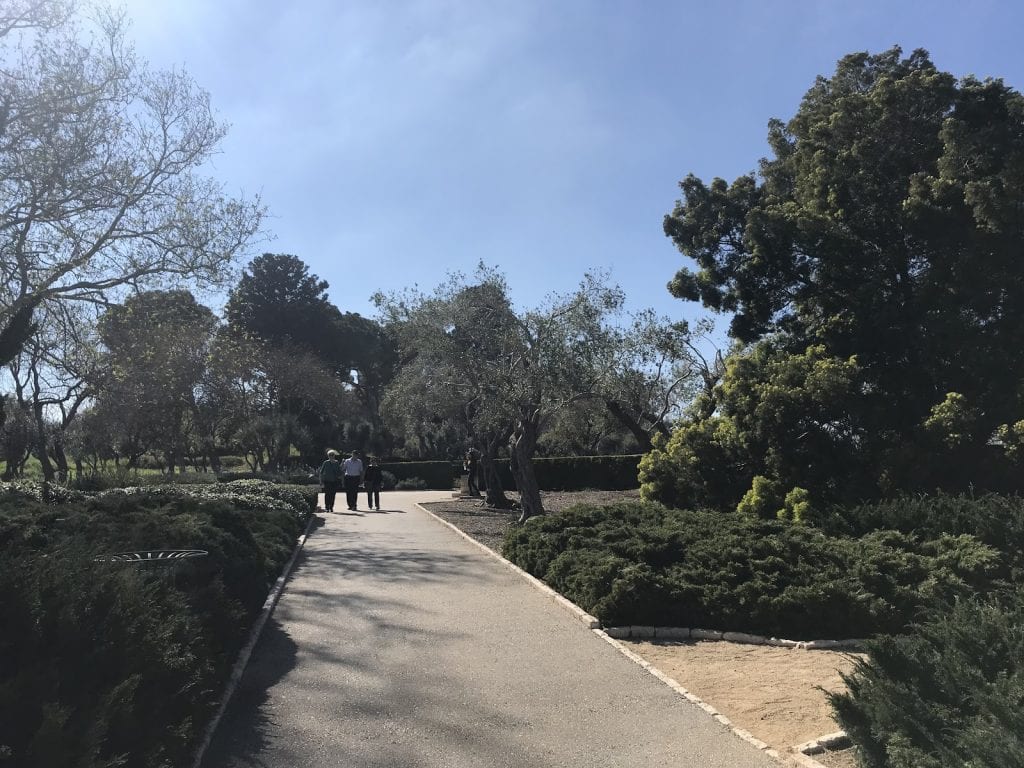 1.     Just outside of Zikhron Ya’akov, on the breathtaking hillside of Mount Carmel, is Ramat Hanadiv, the nature park and memorial gardens for the Baron Edmond de Rothschild. Along the garden path, one may enter and walk for free, enjoy the views, and learn about the story of Israel’s early pioneers and benefactors.

2. Edmond (Baron) Rothschild (1845-1934) is buried in the gardens. He was the third son of Betty (Batya) and James (Yakov), the head of the French branch of the Rothschild family. Taking little interest in banking, Edmond devoted most of his time to his love of art. He was originally buried in Paris, but his and his family’s remains were transported to the Ramat Hanadiv garden in 1954, where Israel’s first Prime Minister, David Ben-Gurion, offered a eulogy.

3.     Baron is often credited for pioneering Ramat Hanadiv’s beautiful landscapes. His involvement with the Yishuv (the jewish community in the land of Israel prior to the establishment of the state) began in 1882 and became a lifelong passion. Ultimately referred to as the “well-known benefactor” and the “father of the yishuv,” the baron was a crucial partner in designing the new homeland of the Jewish people. His impact on its landscape, society, and culture during a period of historic transformation is unparalleled.

4.     After a malaria outbreak hit the Ramat Hanadiv community, the Rothschild family came and drained the malarial swamps and built agricultural and industrial enterprises. The Rothschild family strictly managed the area, but they never made a profit in the area, and eventually left. They later sold the land, encouraging the community to focus on grapes and they made wine to sell to the US.

5.      At the start of the 20th century, Baron transferred responsibility for the towns and agricultural settlements he had established to the Jewish colonization association (JCA) but continued to play a role in the management in activity in Palestine.

6.     When Baron let Ramat Hanadiv in 1893, he announced his hope that when he returned, all the residents would only speak the language of their forefathers: Hebrew. In 1925, when he returned, Baron was pleased with what he saw. He spoke of the flourishing of the land in the 50 years since he began his efforts and looking at the land later, he said it, “appeared to me that I am dreaming.”

7.     Baron’s son bequeathed his father’s funds to construct the building for the Israeli Knesset (Parliament).

8.     Baron is buried in a Second-Temple style burial typical of aristocracy 2,000 years prior, representing the fact that the Rothschild family was not just a family who came to Israel, but a continuation of the Jewish people who were in the land for thousands of years. At his grave, there is a courtyard with a cave and a family tomb. Also in the tomb is a place to wash one’s hands and a light, representing the hole typical of family tombs from the Second Temple period. It was said that the holes helped the souls to ascend.

9.   Ramat Hanadiv is full of planted pine and cypress groves, donated by Jewish communities from the four corners of the world.

10. Various archaeological digs have been carried out in Ramat Hanadiv. One of the most significant finds included a Jewish Hellenic era settlement from the times of the Second Temple.