In Royal First, Prince William to Visit Israel This Summer 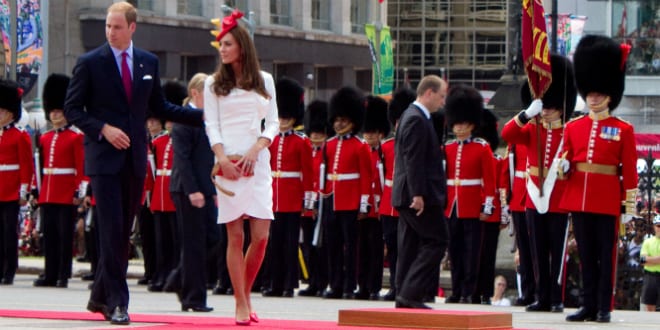 Kensington Palace announced on Thursday that Prince William will come to Israel this summer marking the first ever official visit by a member of the British royal family to the Holy Land.

The Duke of Cambridge will visit Israel, Jordan and the Occupied Palestinian Territories in the Summer. pic.twitter.com/VSdx7ts1Ff

“The visit is at the request of Her Majesty’s Government and has been welcomed by the Israeli, Jordanian and Palestinian authorities,” the statement added.

A diplomatic faux pas resulted when the British Embassy in Tel Aviv issued a Hebrew language announcement of the visit omitting the word “occupied”, referring instead to the “Palestinian Authority.”  The Palestinians were quick to correct what they consider a grievous mistake.

“What kind of translator do you have? Or did occupation disappear from your terminology when talking to Israelis?” a Palestinian official, Xavier Abu Eid, said on Twitter, pointing out that the British consulate in Jerusalem mentioned the occupation on its Arabic-language account.

The expression ‘occupied territories’ is frequently used mistakenly to refer to Judea, Samaria, and parts of Jerusalem.

Prince William, who is also the Duke of Cambridge, is the eldest son of Prince Charles and Diana, now deceased. He is the second-in-line to the throne after his father. He is married to Kate Middleton and they are expecting their third child in April. She is not scheduled to accompany William on his visit to Israel.

“This is a historic visit, the first of its kind, and he will be welcomed here with great affection,” Netanyahu said. “I have ordered the Foreign Ministry director-general to coordinate preparations for the visit to ensure its success.”

Nechama & I were happy to hear @KensingtonRoyal announcement, and look forward to welcoming #PrinceWilliam, the Duke of Cambridge, on an official visit to the State of #Israel later this year. A very special guest, and a very special present for our 70th year of independence.

A scheduled visit by Prince Charles last year would have been the first official visit but it was canceled. Though no reason was given, British tabloids reported it was in response to objections by Arab nations.

While attending a climate-change conference in Paris, Prime Minister Netanyahu invited Prince Charles to visit Israel. UK daily The Telegraph reported at the time that the invitation was rejected.

“Until there is a settlement between Israel and the Palestinian Authority, the royal family can’t really go there,” a British government source told the newspaper at the time. “In Israel, so much politics is caught up in the land itself that it’s best to avoid those complications altogether by not going there.”

British royals have been to Israel in the past but for unofficial visits. Prince Charles attended the funeral of former president Shimon Peres in 2016 and the funeral of slain prime minister Yitzhak Rabin in 1994 but these were not considered official royal visits and did not include diplomatic meetings. In 1994, Prince Philip, the Duke of Edinburgh and Prince Charles’ father, came to Israel briefly for a ceremony commemorating his mother, Princess Alice of Battenberg, who is buried on Jerusalem’s Mount of Olives. Prince Charle visited the gravesite after attending Peres’ funeral.

During World War II, Princess Alice sheltered Jews in Nazi-occupied Greece,  for which she was recognized by Yad Vashem, Israel’s Holocaust Memorial, as one of the Righteous Among the Nations.  She died in 1969 and her remains first lay in St George’s Chapel, Windsor. Her final wish was to be buried on the Mount of Olives, near her aunt Elizabeth, Grand Duchess of Russia, who was murdered by the Bolsheviks. Philip was advised not to go after his mother was reinterred in 1988 but visited six years later, although at the time, Buckingham Palace emphasized it was in a private capacity.

Both the Duke of Kent and the Duke and Duchess of Gloucester have made official visits to Israel while the Earl of Wessex visited in 2007 on behalf of the Duke of Edinburgh’s Award. During his trip in 2007 the Duke of Gloucester visited the St John eye clinic in the Occupied Territories, but this was regarded as a charitable visit.