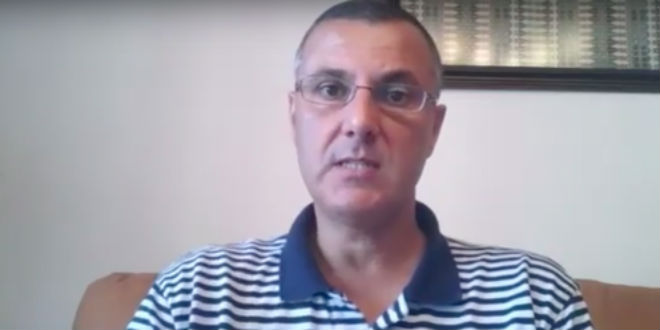 Jewish groups protested against the invitation of Omar Barghouti, leader and co-founder of the anti-Israel BDS (Boycott, Divestment, Sanctions) movement, to address a conference next week at the European Parliament in Brussels.

The conference, titled “The Israeli Settlement in Palestine and the European Union,” to be held on February 28, is organized by Portuguese member of Parliament Ana Gomes, a member of the Progressive Alliance of Socialists and Democrats (S&D).

In the letter Dahan stresses that BDS campaigns against Israel ‘’are obstacles to the Middle East peace process , dismantling existing links between Israeli and Palestinian universities , artists and professionals;it harms cultural bonds and working relations that occur every day between Israelis and Palestinian society.’’

The Jewish communities of Portugal and Belgium also protested the invitation to Barghouti.

Yohan Benizri, president of CCOJB, the umbrella group of French-speaking Jewish communities in Belgium, and Gabriel Steinhardt, president of the Jewish Community of Lisbon, wrote of their disapproval in a letter to President Tajani.

Barghouti’s Boycott, Divestment and Sanctions movement addresses “not only the disputed territories but opposes the very existence of the State of Israel as a Jewish state in its entirety and in any kind of borders,” the communal leaders wrote.

By offering a podium to Barghouti, “the house directly undermines its own policy stance on anti-Semitism,” they added, citing how some BDS activists “consistently engage in practices which are considered anti-Semitic according to the International Holocaust Remembrance Alliance working definition on anti-Semitism.”

The Jewish leaders’ call was co-signed by representatives of the European Jewish Congress, B’nai B’rith International, the American Jewish Committee’s Transatlantic Institute, ELNET and the European Union of Jewish Students.