1,000 Ethiopian Jews to be Approved for Aliyah ‘Within One Month’

Home » 1,000 Ethiopian Jews to be Approved for Aliyah ‘Within One Month’ 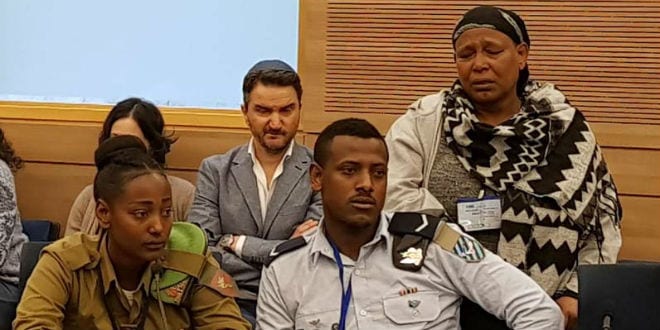 An additional 1,000 Ethiopian Jews have been determined to meet Israel’s criteria for making aliyah (moving to Israel), the Knesset’s State Control Committee announced on Monday.

The committee revealed that earlier this year, Prime Minister Benjamin Netanyahu’s office had received a letter from the Population and Immigration Authority validating the status of the 1,000 Jews.

“The positive result of today’s meeting is that we received a very clear commitment to bring those 1,000 Jews to Israel,” said Chairperson of the State Control Committee, Member of Knesset (MK) Shelly Yachimovich of the Zionist Union list.

“We heard from the Population and Immigration Authority and the Prime Minister’s Office that the matter will be approved during a Government meeting within a month, and I believe it will be approved.”

MK Avraham Neguise (Likud), who is an Ethiopian oleh (immigrant) himself, claimed that there are still others in the African country who will be able to show that they fulfil the necessary requirements for aliyah.

“A proper examination will find that even more people are eligible,” he said. “At the Interior Ministry there are some 5,000 requests which have yet to be processed.”

It has not been easy for Ethiopian Jews to make aliyah because Israel’s Law of Return reserves the right to immigrate only for individuals who can show that they have Jewish ancestry.  Israel’s Ministry of Absorption concluded in 1973 that Ethiopian Jews did not fulfil such criteria, however, this policy was eventually reversed after the late Chief Sephardic Rabbi, Ovadia Yosef ruled that Ethiopian Jews were in fact descendants of the tribes of Israel.

Approximately 100,000 Ethiopian Jews have made aliyah since Rabbi Yosef’s ruling.

JNI Media contributed to this report.