Reports: Israel Carrying Out Strikes in Sinai With Egyptian Approval 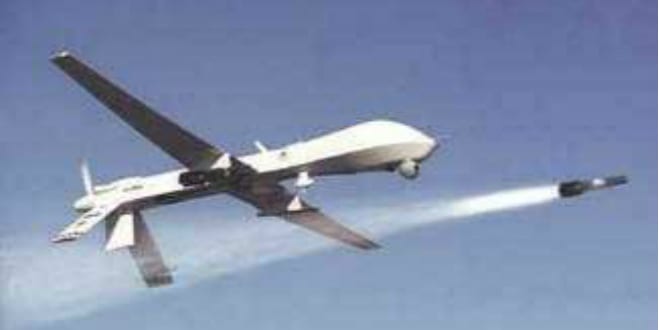 According to reports in major media outlets, Israel carried out more than 100 drone and airstrikes against Islamists in the Sinai Peninsula,  with the approval of Egyptian President Abdel Fattah el-Sisi.

The New York Times noted on Saturday that over the last two years, the Israel military carried out more than 100 airstrikes in the peninsula using warplanes, helicopters, and drones. The article summed up the significance of the bilateral military cooperation between Israel and Egypt in one sentence.

“Once enemies in three wars, then antagonists in an uneasy peace, Egypt and Israel are now secret allies in a covert war against a common foe,” NYT reporter David Kirkpatrick wrote.

The Egyptian military has been struggling to control Islamic State (ISIS) affiliated forces in the northern Sinai Penninsula for the last five years. Israel stepped in to help after Islamist fighters captured a town in the northern Sinai and downed a Russian commercial airliner in 2014, killing 224 people.

The NYT report cited anonymous US officials who claimed that “Israel’s air campaign has played a decisive role in enabling the Egyptian armed forces to gain an upper hand against the militants.”

Israeli Prime Minister Menachem Begin and Egyptian President Anwar Sadat signed the Camp David Accords in 1978, officially establishing peace between the two countries, but Israel is still portrayed as a nemesis by a significant portion of the Egyptian population. As a result, Israel has only helped Egypt covertly with unmarked drones and aircraft flying circuitous routes to obscure their origin.

The report also noted that Egypt has cooperated with Israel in restricting the illegal entry of military hardware into Gaza and that the two countries have shared military intelligence.

This revelation has had implications for Israeli relations with the Palestinian Authority (PA). The report stated that US Secretary of State John Kerry attempted to convince Israel to establish a PA state with assurances that Jordan and Egypt would assist in Israel’s security concerns. At the time, Prime Minister Netanyahu rejected this offer since Israel was already assisting Egypt with their security challenges.