Was the Uganda Outbreak of Bleeding Eye Pandemic Predicted by Zechariah?

Home » Was the Uganda Outbreak of Bleeding Eye Pandemic Predicted by Zechariah? 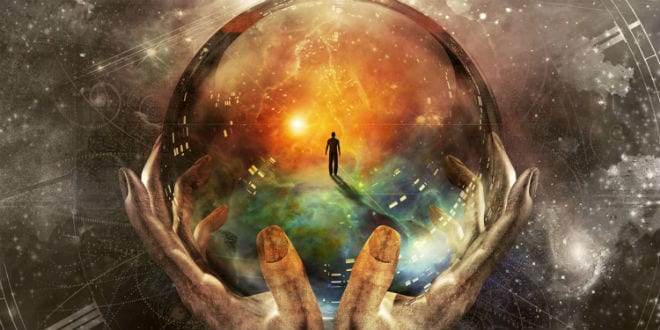 A current Ugandan outbreak of viral hemorrhagic fever (VHF) and an ancient outbreak among the Aztecs 500 years ago may both have been described in prophecy as being the result of conflict surrounding Jerusalem.

Uganda’s health ministry announced on Monday that they are deploying emergency response teams to prevent a recent outbreak of viral hemorrhagic fever (VHF) from turning into a raging pandemic.

The two different pandemics, one ancient and another current, have come to the media’s attention this week, identical in their common symptom of profuse bleeding from the eyes. Experts from the World Health Organisation (WHO) announced that the disease has a 40 percent mortality rate, and they were monitoring for the possibility of an additional outbreak after reports of several cases displaying similar symptoms in South Sudan.

VHF has been dubbed the bleeding-eye plague in the media because in advanced stages, victims bleed from their eyes and mouths.

In a bizarre coincidence, at the same time VHF is turning up in Africa, anthropologists have discovered that the Aztecs were wiped out approximately 500 years ago by a different disease with a disturbingly similar symptom. In 1545, 15 million Aztecs comprising an estimated 80 percent of the Aztec population, were killed from an epidemic known as ‘cocoliztli’ (‘pestilence’ in the Nahuatl language) that had swept through Mexico. Scientists have long been uncertain as to the actual identity of the disease, only conjecturing that it could have been smallpox, measles, mumps, or influenza that had been introduced to the region by Spanish conquistadors.

On Monday, Ashild Vagene of the University of Tuebingen in Germany, published a report in the science journal, “Nature Ecology and Evolution,” describing in detail his research team’s discovery of traces of the Salmonella enterica bacteria in 29 Aztec skeletons discovered in Mexico. The salmonella strains, according to the research team, may have been carried by the domesticated animals belonging to the Spanish and then spread through infected food or water. One of the symptoms of this strain of Salmonella is profuse bleeding from the eyes, nose, and mouth.

The current outbreak of VHF in Africa is occurring at a time of increased support from many nations around the world towards Islamic and Palestinian efforts to erase any connection between the Jews and their eternal capital of Jerusalem. There have been multiple resolutions by UNESCO referring to Jewish holy sites as Islamic and a recent UN General Assembly vote pitted 128 nations against President Trump’s recognition of Jerusalem as Israel’s capital.

Similarly, while the Aztecs were suffering from the Salmonella plague, which caused the eyes of many to bleed out, the Jewish people’s connection to Jerusalem was also being undermined. Suleiman the Magnificent was exerting Islamic dominance over Jerusalem at the time by building walls around the city and sealing off the Golden Gate of the Temple Mount. The gate is known to Jews traditionally as Sha’ar HaRachamim (the Gate of Mercy), through which the Shekhinah (Divine Presence) used to appear through the eastern Gate and once again during the Messianic era.

Then he led me back to the outer gate of the Sanctuary that faced eastward; it was shut. And Hashem said to me: This gate is to be kept shut and is not to be opened! No one shall enter by it because Hashem, the God of Yisrael, has entered by it; therefore it shall remain shut. Only the prince may sit in it and eat bread before Hashem, since he is a prince; he shall enter by way of the vestibule of the gate, and shall depart by the same way. (Ezekiel 44:1-3)

Soon after the Golden Gate was sealed in 1541, a catastrophic earthquake shook the region and damaged those very walls built by Suleiman.

“Although there is no doubt that many of the signs predicted by the prophets of Israel are clearly happening before our eyes, such as the in-gathering of the exiles, the rebirth of Jewish sovereignty in the land of Israel, turning the desert green, and the rebuilding Jerusalem and other cities in Israel, there is a definite danger of trying to explain every little occurrence in the world as a harbinger of Moshiach” Rabbi Trugman told Breaking Israel News.

“The connection between diseases of hundreds of years ago and today in my eyes alert us to something altogether different: that the more advanced we get medically – which we most certainly are – and think we are on the brink of conquering all disease, there is still so much more we still don’t understand,” Rabbi Trugman said.

The Rabbi mentioned the flu epidemic currently raging across the United States as an example of a problem that on the surface seems simple to solve but has modern medicine at a bit of a standstill.
“It is ironic that microscopic germs and viruses, among the most primordial of life forms, are outsmarting the best that medicine can throw at them,” the Rabbi said.

“The same thing has happened in science consistently over the last hundred years or so. Every time scientists reveal new and amazing facts about the universe, these discoveries uncover a whole new layer of reality that we don’t understand.”

“What we can learn from this is a good measure of humility regarding how much more we need to learn about life, while at the same time, a healthy dose of gratefulness at how far we have come,” the Rabbi concluded.