US Houses of Worship Now Eligible to Rebuild With Federal Money 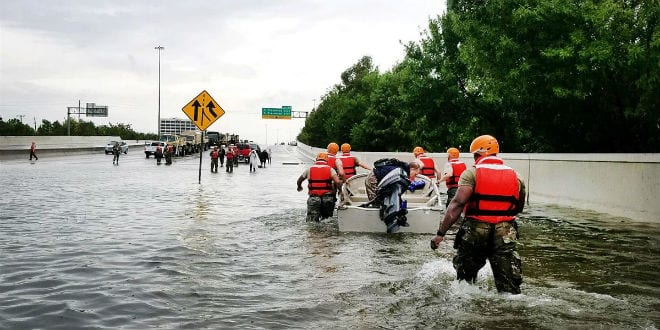 Religious values are increasingly making its way into public life in the US, as the Trump Administration announced that federal funds may now be used to rebuild houses of worship following natural disasters.

In the first week of 2018, Donald Trump announced new funding rules in a January 2018 policy guide for Federal Emergency Management Agency (FEMA). The updates state that like other non-profits, religious institutions will be eligible to use FEMA funds, signaling a new age in the interaction between ‘church’ and ‘state’ in America.

Pastor Becky Keenan of the Gulf Meadows Church in Houston Texas, which was restored by an Israeli team of Orthodox Jewish first responders following Hurricane Harvey, believes that this ruling is “a positive step forward.” Although she prefers private funding for restorations rather than depending on the government for funding, she says disasters of magnitude could be an exception and she is “leaning towards yes” in seeking FEMA funding for the two buildings that have yet to be fixed.

“When you strengthen a community’s house of worship, you’re strengthening that community, because a lot of things happen in places of worship,” said Pastor Keenan, who recalled her Gulf Meadows Church rising to the occasion of Hurricane Harvey beyond their means in the time of emergency. The church is still raising funds to give out bedding, cookware, and clothing to the local community who lost nearly everything.

According to The Washington Post, traditional faith groups seeking legitimacy in public life have been requesting this shift from presidents for decades without success. This is not the first time that U.S. President Trump has heeded to Christian voters- many say that Trump’s decision to move the U.S. Embassy in Israel from Tel Aviv to Jerusalem came about as a result of strong Evangelical Christian pressure on Trump to fulfill his campaign promises.

“This president has done good with communities of faith across the board, not just Christians,” Pastor Keenan told Breaking Israel News. “When it comes to Houses of Worship, it’s a good thing that President Trump is doing.”

While it seems that the current administration is shifting the role of religion, the Bible, God, and houses of worship in the public arena, their separation has long been controversial among advocates for the divorcing of Church and State who consider using federal funds to rebuild churches, synagogues, and mosques to be an encroachment on the U.S. Constitution. As such, under the Stafford Act, houses of worship were ineligible for FEMA grants for the repair, reconstruction, or replacement of private nonprofit facilities.

According to Dena Sher, assistant legislative director for Americans United for the Separation of Church and State, until this week the FEMA guidelines treated religious and nonreligious nonprofits equally, and determined eligibility based on what activities take place. “Now this gives houses of worship special treatment,” she said.

“It’s troubling,” she continued. “We know communities need support as they rebuild and we can’t ignore fundamental principles of religious freedom. But the constitutional principle at stake says each of us gets to decide how and if to support any religion. That’s the promise the constitution makes and we should hold to it in good times and bad.”

Pastor Keenan evoked a moral imperative, arguing that houses of worship play an essential role in the lives of nationwide communities during emergency times and they should thus receive public funding for rebuilding when disaster strikes. Her church offers education, enrichment, and social activities that are essential for community building and when disaster struck, her church was there for people of all faiths.

“Nobody is trying to convert anyone else” in times of emergency, Pastor Keenan told Breaking Israel News. “We are here to serve the community. Nobody was asking peoples’ religion and that’s what’s so beautiful of America’s faith community. We help everybody, religion didn’t matter. We helped Buddhist and Hindu people knowing they were not Christians, and we would do it again. Jews helped Christians. ZAKA from Israel came all the way to help. I could think of many reasons why they shouldn’t have come, but they came with 150% commitment and people here still talk about it.”

Other groups that support the change include the U.S. Conference of Catholic Bishops, Agudath Israel of America, the Southern Baptist Convention, and the Jewish Federations of North America.

Nathan Diament, executive director for public policy at the Orthodox Union, a major U.S. Orthodox Jewish organization, said that after Hurricane Harvey, four or five synagogues and a few dozen churches sought such aid and he has waged a “long fight” to change the policy of “discriminating against disaster-damaged synagogues, and other houses of worship seeking FEMA assistance.”

He thanked the Trump administration “for righting this longtime wrong and treating disaster-damaged churches, synagogues and other houses of worship fairly — on the same terms as other nonprofits such as museums, community centers and libraries stricken by natural disaster.”

Likewise, OU’s President Mark (Moishe) Bane stated, “This critical modification will go a long way toward helping our communities recover from the devastation wrought by recent and future natural disasters. Our synagogues are on the front lines of relief after hurricanes and other natural disasters, and they deserve to be treated fairly.”

With the new legislation, not only will they no longer be excluded from federal disaster assistance just because they are faith based, but applications for FEMA assistance submitted after August 23 will also be resolved.